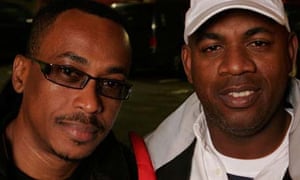 They were the duo that was largely responsible for the transformation of dancehall from being a place, to having its own identity. Their overall contribution to the growth of the industry is hard to even fully measure.

They were Steely and Clevie.

Now there is only Clevie.

This September marks 10 years since Steely, whose real name is Wycliffe Johnson, made his transition, and even though the years have passed, his partner, Clevie, real name Cleveland Browne, has still not yet fully come to terms with the loss of his partner in all things musical.

“I am slowly coming to terms. It was rough for me in the first two years. It was the hardest and most painful period. I was forced to be in the studio, as we had two contracts to be fulfilled. I felt like my right hand was chopped off,” Clevie said.

Steely died on September 1, 2009 from kidney failure. He was an excellent keyboard player who, along with Clevie, the drummer, used technology to bring the genre of dancehall into the modern era. In the early 1990s, they were the toast of the music scene. Every artiste who had a name or who wanted to make it big, had to be recorded on the duo’s label.

“We created dancehall as a music form. We created the beat. The beat gave dancehall its own identity. We went minimalistic. We did it deliberately for artistes who couldn’t hold a key to get a chance to make a livelihood. It is a form of African retention,” said Clevie.

He said he was assisted in the healing process through the efforts of other industry personalities who checked up on him and made sure he was in the right mental place.

With the support of his colleagues in the music industry, thing started to slowly come back to normal for him, and soon the musical bug bit him again.

“Vegas asked me to work with him, so I got my groove back somewhat, and we got chart toppers,” Clevie told Loop News. “Steely would not want me to be stifled,” he added.

Since then, he has embarked on new initiatives, and is presently building his Ackee Entertainment Project. The main artiste that he plans to highlight is Jef Wyllz, formerly known as Kafenal.

Clevie is also working with accomplished bass guitarist, Owen ‘Bassie’ Reynolds, and Paul ‘Wrong Move’ Crossdale, the latter of whom is an accomplished keyboard player and guitarist.

Of Crossdale, Clevie said: “He was a kinda close to Steely (musically); the phrases are very minimalistic and simple, but bring out the joy of the music.”

Steely and Clevie as a duo, was the main force behind some of dancehall’s biggest hits and rhythms, including the ‘Gigi’ rhythm, which featured the Baby Wayne hit, ‘Mama’; the ‘Pocoman Jam’ rhythm, featuring Shabba Ranks’ ‘Dem Bow’; the effervescent ‘Pun….’ rhythm; and Tiger’s ‘When’.

Before closing, Clevie had a word of advice for the present-day artistes and producers.

“There are some persons making a kind of Afro beat, hip hop groove that I personally don’t like. Give it a different name. Don’t call it dancehall and confuse the music,” he declared.