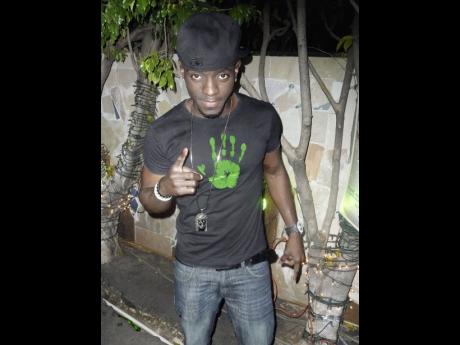 While performing at the Release College Tour that was held at the Portmore Community College last Monday, entertainer G Whizz suddenly sprang into the air to dive into the arms of some females who were enjoying his performance.

However, instead of catching him, the crowd parted like the Red Sea, causing the Life Soon Sort Out singer to slam into the ground, leaving some persons to wonder if he was dead or alive.

But the singer told THE STAR that his injuries were minimal.

“A just some scrape pon di fingers dem because I was holding the mic when I fell, and mi just get up back same time and continue the show,” he said.

Motivated by the response that he was getting from singing his hit song, he explained that he was trying to take his performance to a higher level by springing into the air, soaring like a bird for a few seconds before landing on his hands, which prevented him from suffering more severe injuries.

“The show was just full of vibes, and mi just deh deh a sing, and di crowd a sing wid mi. Di way the show get nice, mi just decide fi dweet,” he told THE STAR.

“Before I jumped, I leaned into the crowd a couple times and the girls dem ketch mi. It was just fun, but people nuh see all a dat (his performance), dem see di drop,” G Whizz added.

Now that a clip of the incident has been going viral, he said that rather than feeling embarrassed, he is laughing just as much as everybody else is.

“I was laughing when I fell, and now that it out and it gone viral and people a laugh, I am laughing too,” he said.

Pointing out that it is all entertainment, G Whizz said that this is not the first time he has had a mishap while performing.

“One time when I was on stage and I was performing in Canada, my pants buss out and mi underpants a show. I was in the middle of mi show, and mi haffi continue sing. The people there were laughing too, but dem enjoy the show same way too. So a just entertainment, it come wid some spontaneous moments,” he told THE STAR.

And since fellow entertainer Popcaan posted a clip of the incident on his Instagram page, the post has took on life of its own with a multitude of persons commenting and reposting it. However, G Whizz said that the Unruly Boss went further than just uploading the video.

“Big up Popcaan cause him post it and it go viral. Him actually message me after, and I was invited to his upcoming show in December in St Thomas,” he said.

With another performance scheduled for tomorrow in Brown’s Town, St Ann, he said he could not promise that he would not try the stunt again.

“I really don’t know what to expect because sometime when yuh performing and the vibes a di whole show, things just happen. Same like how mi neva wake up and say mi a go jump off a di stage a Portmore today,” he said. 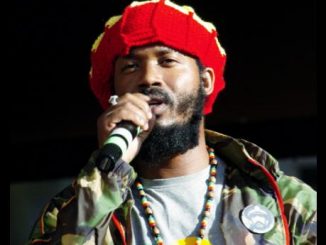 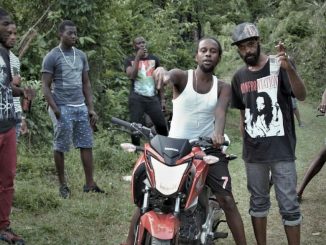 Popcaan Escapes Injury As He Fell Off His Dirt Bike 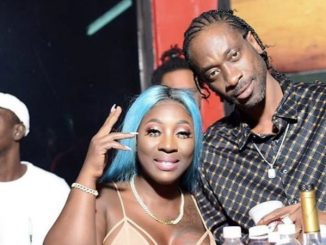