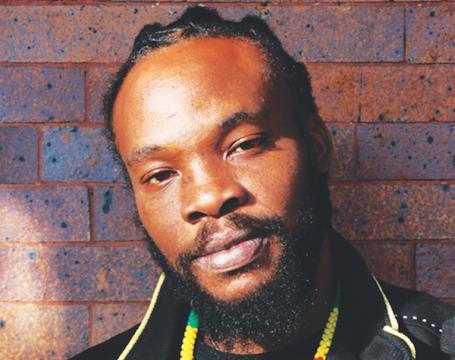 WHEN I told the team in the BrukOut office that I was catching up with roots reggae singer Bushman for this week’s column, the first thing that got fired back at me was, ‘Yo, The Bush Doctor album was amazing – it should have been Grammy- nominated.’”

I would have to agree, and this lead me on to wonder whether Bushman had the respect that a hitmaker like him deserved. I’ve been a fan of this baritone reggae singer from the mid- 1990s. Dancehall dubplate hits like Call The Hearse or reggae anthems like Fire Pon A Weak Heart on Half Pint’s Mr Landlord riddim get played worldwide every weekend.

This connection has been long overdue as our paths were not able to cross on his recent UK visit. Even though we weren’t able to connect in person he had been sending me songs from his upcoming album Conquering Lion.

From what I had been receiving, I knew that Bushman wasn’t about to let us down. The quality of his latest work was unquestionable. But before we spoke about the new album, we touched on his tribute album to Peter Tosh’s Bush Doctor, Bushman Sings The Bush Doctor: A Tribute To Peter Tosh.

This came up first as he stated he hasn’t put out a Bushman album in 13 years. This would mean he overlooked the tribute album, – but why was that? He tells me of disagreement between himself, the producer and the distribution company from his perspective.

He said: “The album went to number two on the reggae billboard charts with no video in place. Even now, one of my biggest aims is to do a video for Buckingham Palace,” he continues.

The passion for the project comes out in every word he speaks. “Peter Tosh has had a big influence in my career, and this is why I took it so personally. I wanted to have input in all of the project – many of the songs were laid without me even being there. That is not the way to do it.

“Not to worry, though, as after this new album I may just go back into the studio and do a part two as I didn’t sing all the songs I wanted to – tracks like Coming In Hot and No Nuclear War.”

Hearing him talk about that process made me understand why he wanted executive control on this new project. He tells me after working with some of the best producers – including Steely & Clevie, Bobby Digital, King Jammy and Donovan Germain from Penthouse – he didn’t want to drop the ball.

On Conquering Lion, he hasn’t. I really enjoyed listening to this 13-track pure reggae album that wasn’t trying to fit into any sub genre or world music. Solid roots reggae riddims coupled with well-structured songs and lyrics telling us to open our eyes and see what is happening in the world around us is very much the agenda.

When I broke it down to him like that, he chuckled: “You’re so correct – even the introduction with Charlie Chaplin is saying everything that my album is saying. “Known as the world’s greatest speech from a man that is known not to say anything, I had to use that. When a man is known not to talk, when he does (talk), it has to be something important.

There are so many important messages that run through this album as a theme. Tracks like How You Living, Hell Ah Go Pop and We Mean It, featuring Capleton, are some of the perfect examples of this. The inspiration seems clear.

“Typical days watching the news channels and reading articles was the backbone to this album. There were times I was asking, ‘Can’t we get some good news?’ – but you know how that goes. Bad news sells,” he says emphatically. This album is deep – it’s a listening album, not an album to dance and get drunk to. If you’ve had a hard day at work and you wanna unwind, this is an album to listen to.”

Somewhere is another track that grabbed my attention. Bushman gives credit to Buju Banton and Luciano for the inspiration. He then starts belting out a classic Luciano track. “Seani, as I sing that I’m getting goosebumps across my skin – that and Buju’s Till I’m Laid To Rest inspired me.”

Not many artists would give up props just like that to his peers and I commend him on that. “Iron sharpens iron and I’m not frighten to say that,” he fires back. “What you know is not what I know.” He then drops a gem: “If I’m the smartest in a room then I’m in the wrong room.”

And what a statement that is. Conquering Lion is a continua- tion of solid projects from an artist that is looked over an highly underrated. But he says: “It may just be the moon, everything is time and space. But don’t give up, man, just keep pushing. You just gotta pick yourself up and start all over.”

Source: Bushman is back! | The Voice Online 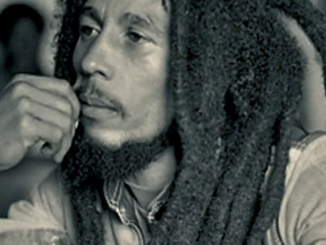 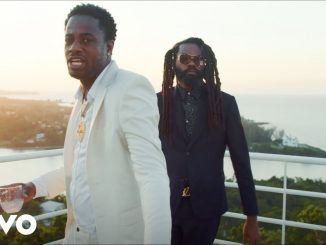