Popcaan’s Ghananian $100,000 (J$2.4 million) spend on a bottle of champagne—valued at US$300 (J$46,000)—during a New Year’s Eve auction in Osu, left tongues wagging in Ghana, with some of the country’s nationals lampooning the Dancehall superstar, claiming he had squandered his money.

Popcaan made the top bid during a party dubbed the Gatsby Gala Night, which was staged by Ghanaian millionaire Freedom Jacob Ceaser, aka Cheddar, on Friday night, at the Number One Oxford Street Hotel and Suites, an event attended by what has been described by Ghananian media as “a long list of Ghanaian and international celebrities” including Davido, Stonebwoy, and Stefflondon.

“The gala saw Cheddar auction off an Armand de Brignac Ace of Spades Gold Brut champagne with an original price of just over $300, but this special edition was accompanied by “gold dust” according to Cheddar.  The host auctioned off the bottle of champagne for only $20,000 and called on the highest bidder,” GhanaWeb reported.

The news website standupgh.com, was impressed by Popcaan noting that the Jamaican showed at the “Gatsby gala night that he has got money, like a lot of it” on a night when the millionaire developer went all out “to assemble the creme dela creme in Ghana, Africa and beyond in “a massive get-together amongst his rich friends”. 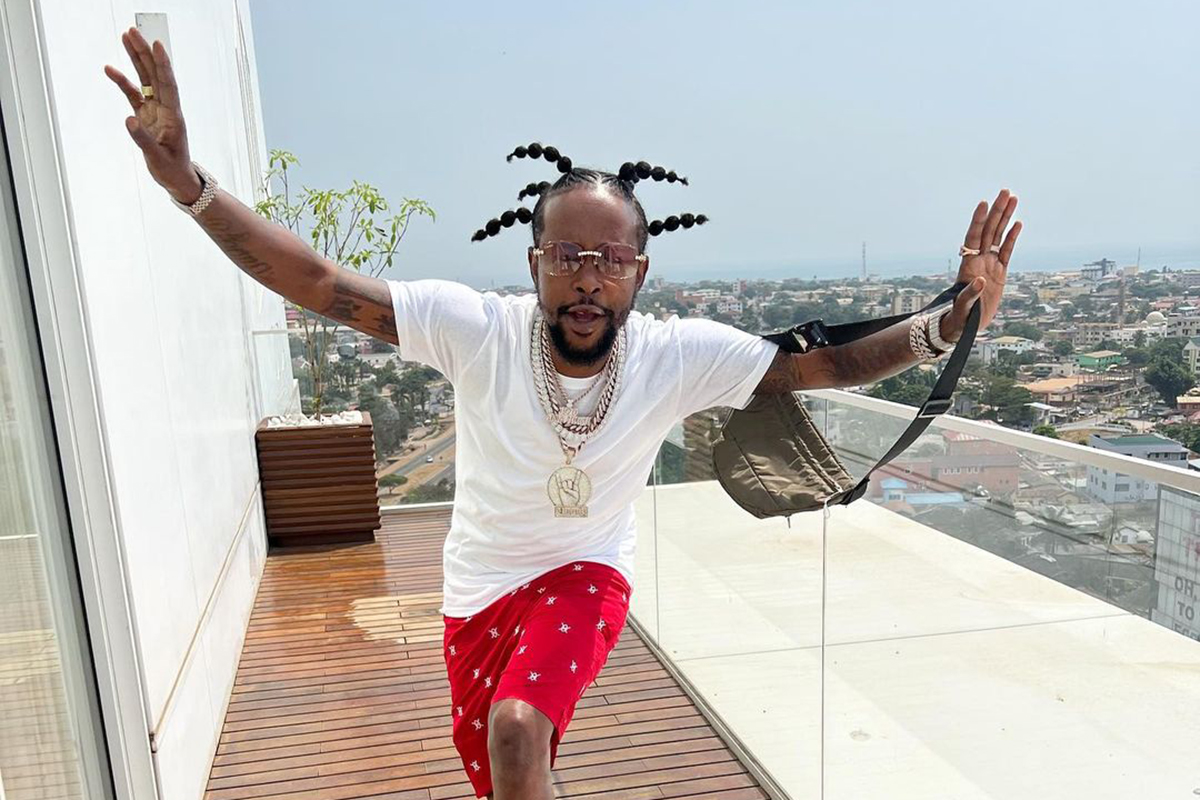 “The champagne was auctioned at a starting price of $20,000 as he called on those in attendance to put in their bids with a white man offering to take the champagne off him for $35,000, but Popcaan who was not going to let anyone get in the way of him and his bottle and certainly in no mood to dally around put his offer of $100,000 which no one in the crowd was able to better,” standupgh.com reported.

The comments from some Ghananians who learnt of the purchase, were filled with cynicism.

“He’ll regret this pledge this morning 😭,” work_wear_ghana said over on Instagram, while officialkwakumoni said: “Hope he won’t go for his money later?”

The responses to the Ghanaweb report ranged from outright rebuke to jeering about the bid which they claimed was ostentatious.

“Sold? GRA — Make sure they pay tax on the transaction (USD Equivalent in Cedis).  MEMO: It will by mighty funny to hear that PopCaan was maybe thinking transaction was in Jamaican dollars, where 100 Jamaican dollars is just about USD$0.65 (70 cents),” he jeered. 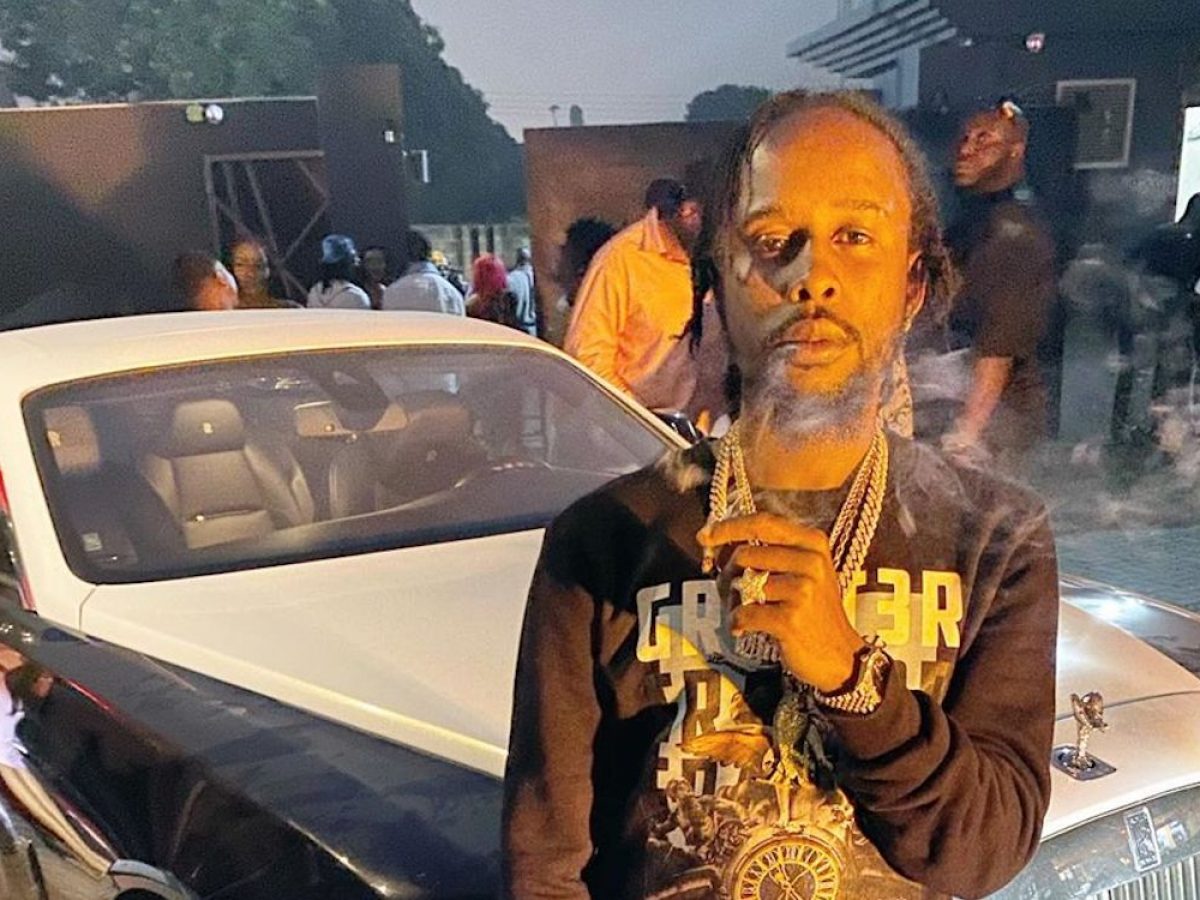 Another commenter, James St Claire, said that the Unruly Boss should have kept the money to help poor children in Jamaica.

“I was in an open air market in Kingston a few years ago and the number homeless children that came my way to beg was astonishing.   Why don’t you keep the money in Jamaica and help those poor children?” he rebuked.

However, Fi came out in defence of the Forever artist, pointing out that it was the government’s prerogative to address poverty, and not superstars.

“Blame the Jamaican government not celebrities. Jamaica receives a lot of money from people all over the world. What are they doing with it?   For decades Jamaicans survived off the money and goods their loved ones worked hard for abroad to send back…what did they do?   The Jamaican economy relied completely on remittance from abroad what did Jamaicans do?” he argued.

Still, others said that Cheddar will have some explaining to do to the Ghananian tax authorities.

“With these figures freely on air, trust me Ghana Revenue Authority officials will be at your doorstep by Tuesday. Proceeds from Auctions are taxable. Learn to do things in secret,” Assin K Atta said.

“Don’t be happy about this if you don’t know organised crime and money laundering. It could be proceeds of crime like cocaine money which if they were to deposit in bank, they would not want to disclose as such so with this auction they will describe the source of funds as auction from a social event. Was money paid in cash, did they declare at airport that amount on arrival?” another commenter, Bladde added.

The tendency of Ghananian Dancehall artists Shatta Wale to boast about his wealth was also a source of mockery for at least one respondent.

“So funny, where is wale and MDK always bragging about money,” the commenter, who bore the moniker “Citizen” teased.

Popcaan’s champagne, the Brut Gold, is considered the most iconic cuvée in the Champagne Armand de Brignac range, and is ranked the number one champagne in the world.

According to the prestige champagne house which produces the range, each bottle of Armand de Brignac is made by special order coated in metal, finished with the hand application of French pewter labels and polished.

In addition, the champagne can only be made by special order.  Only 20 bottles can be completed per person per hour in the winery, and as a consequence,  no two bottles are the same. 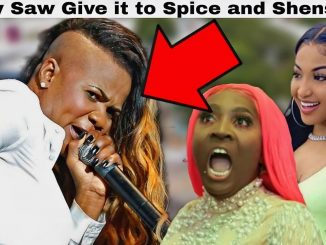 Marion Hall Rebukes Spice And Shenseea’s Music, But Reveals Interest In A Collaboration With Shenseea 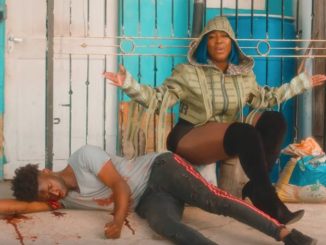