Fans are petitioning to get music Toots & The Maytals in the running for the Rock and Roll Hall of Fame. Organizers of the petition have urged fans to visit the website www.niceup.com and sign it.

The petition says Toots belongs in the Rock & Roll Hall of Fame, not only for creating the word “reggae” in his 1968 song Do the Reggay, but also for his feature in the groundbreaking film, The Harder They Come, alongside good friend and Hall of Fame inductee, Jimmy Cliff. However, some 1,200 additional signatures are required to get Toots and the Maytals into the Rock and Roll Hall of Fame. I am begging everyone to please go to this website and click on the link at the top right corner and vote for Toots at www.niceup.com,” Grammy-award-winning producer, Wayne ‘Native Wayne’ Jobson, told The Gleaner on Sunday.

According to the petition, “Frederick ‘Toots’ Hibbert belongs in the Rock & Roll Hall of Fame. Not only did he create the word “reggae” in his 1968 song Do the Reggay, but he was also featured in the groundbreaking film, The Harder They Come, alongside good friend and Hall of Fame inductee, Jimmy Cliff.” It also quotes a British encyclopedia which stated that, “No artiste ever painted a broader and truer canvas of daily life in Jamaica than Toots; the full-blooded celebrations of Sweet and Dandy; the screaming cry against injustice in 54-46; the harsh strains of ghetto life in Pressure Drop; the sheer exuberance of first love in It’s You; the happy companionship of Never You Change [and] the ever-present threat of violence described in Bam Bam.”

“Toots was the gentle giant who sang with kings but spoke with the voice of the common man. His songs were stories of everyday life like the nervous couple on their wedding day ( Sweet and Dandy). The Jamaican people loved him more than any other artist! When I would be in public with Nyah, people did not look at him like a star, but like their loving uncle who was speaking for them and could bring them comfort. Let’s forget that he is one of the greatest singers and performers of all time! What about the amazing songwriting? He could have just stayed home and never made a record or done a show and still be one of the worlds great songwriters,” Jobson said.

Last October reggae historian Roger Steffens, in an interview with The Gleaner, pledged to lobby for the late Jamaican icon to be inducted in the Rock and Roll Hall of Fame. So far, two Jamaican artistes, Bob Marley and Jimmy Cliff, have been recognised with this honour.

The Rock and Roll Hall of Fame and Museum in Cleveland, Ohio, celebrates the history and cultural significance of rock music and honours the contributions of those who have played an important role in the music’s creation and dissemination. The website www.notinhalloffame.com, which highlights those who merit being inducted, pointed out that Toots and the Maytals met the eligibility criteria since Tuesday, January 1,1991. “Toots combined ska, gospel, a bit of attitude and Toots’ soulful voice to create the groundwork for what reggae became. Toots & The Maytals may not have been the most internationally known artistes from the Caribbean, but they were among its most important,” the website stated. The site lists Sweet and Dandy; Monkey Man; From the Roots and Funky Kingston as Toots and the Maytals’ “essential albums”.

Jobson added, “I was blessed and honoured to work with Toots and call him my friend. Whenever I was at one of his shows in NY, LA or London, he would always give me a shout out from the stage! How many artistes take the time to make you feel welcome? One hundred years from now when music historians look back at the greats of late 20th century and early 21st century music, the names will be The Beatles, Bob Dylan, The Rolling Stones, Jimi Hendrix, Bob Marley and Toots!”

The singer, who spent a star-studded 60 years in the music business, passed away on September 11, 2020. His final album, and also his first in 10 years, Got to Be Tough, is nominated for 2020’s Best Reggae Album at the Grammy Awards.

Source: Fans want Toots & the Maytals in the Rock and Roll Hall of Fame – McKoysNews 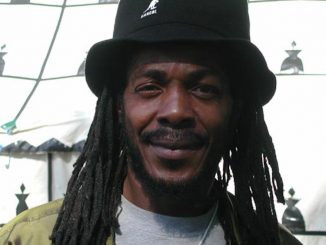 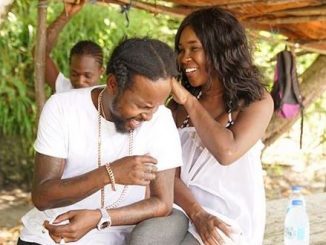 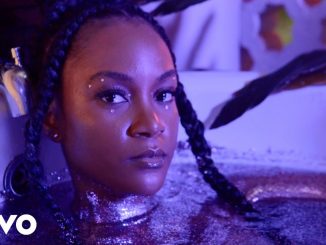