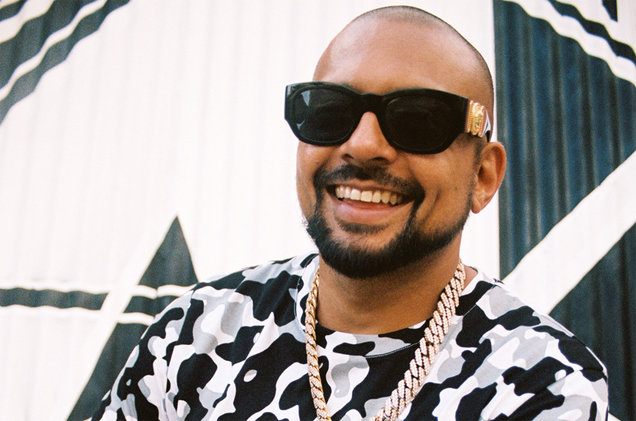 Since the early 2000s, Sean Paul has continued to push dancehall into spaces that reach far beyond its native Jamaican borders. From 2000’s “Deport Dem” up until this year’s “Shot & Wine” single with Stefflon Don, the artist has explored a variety of lyrical themes (loss of a friend, romance and love for ganja among them), and sounds that prove that dancehall is not, and never will be, a static genre.

Now Paul is tapping even more into new international markets: Within the past two years, he teamed with David Guetta and Becky G on “Mad Love”; Sigala, Kent Jones and Fuse ODG for “Feels Like Home”; Jhene Aiko on “Naked Truth”; Idris Elba, Wiley and Stefflon Don on January’s “Boasty” single; and J Balvin for March’s sultry “Contra La Pared.”

Ahead of his surprise performance at Coachella during J Balvin’s set on April 13, Billboard spoke to Paul about working with the Colombian reggaetón star, what he’d like to see improve in the dancehall space and his all-time favorite collaborations.

I’ve always admired how you’ve maintained to keep dancehall on the forefront since the beginning of your career.

Thank you for noticing! It’s a culture that I love and grew up with — it made me who I am today. I never dreamed it would be so big. I owe it all to dancehall, and there’s no way I could turn my back on the culture. Sometimes the trends take a turn as we go through different generations, but I still support what the kids and producers do because [the genre] means that much to me. I still live [in Jamaica] and take part in the history, so I try to blend it as much as possible.

Are there any rising dancehall or reggae artists on your radar right now?

I’m still good with Shenseea, I think she’s an awesome artist. Squash is a youth who’s just coming up from Montego Bay, and there’s a good likkle vibes with him. I have a song coming out with him later this summer. There’s a lot to check out in dancehall happening right now, but I always tell people to check those two out. 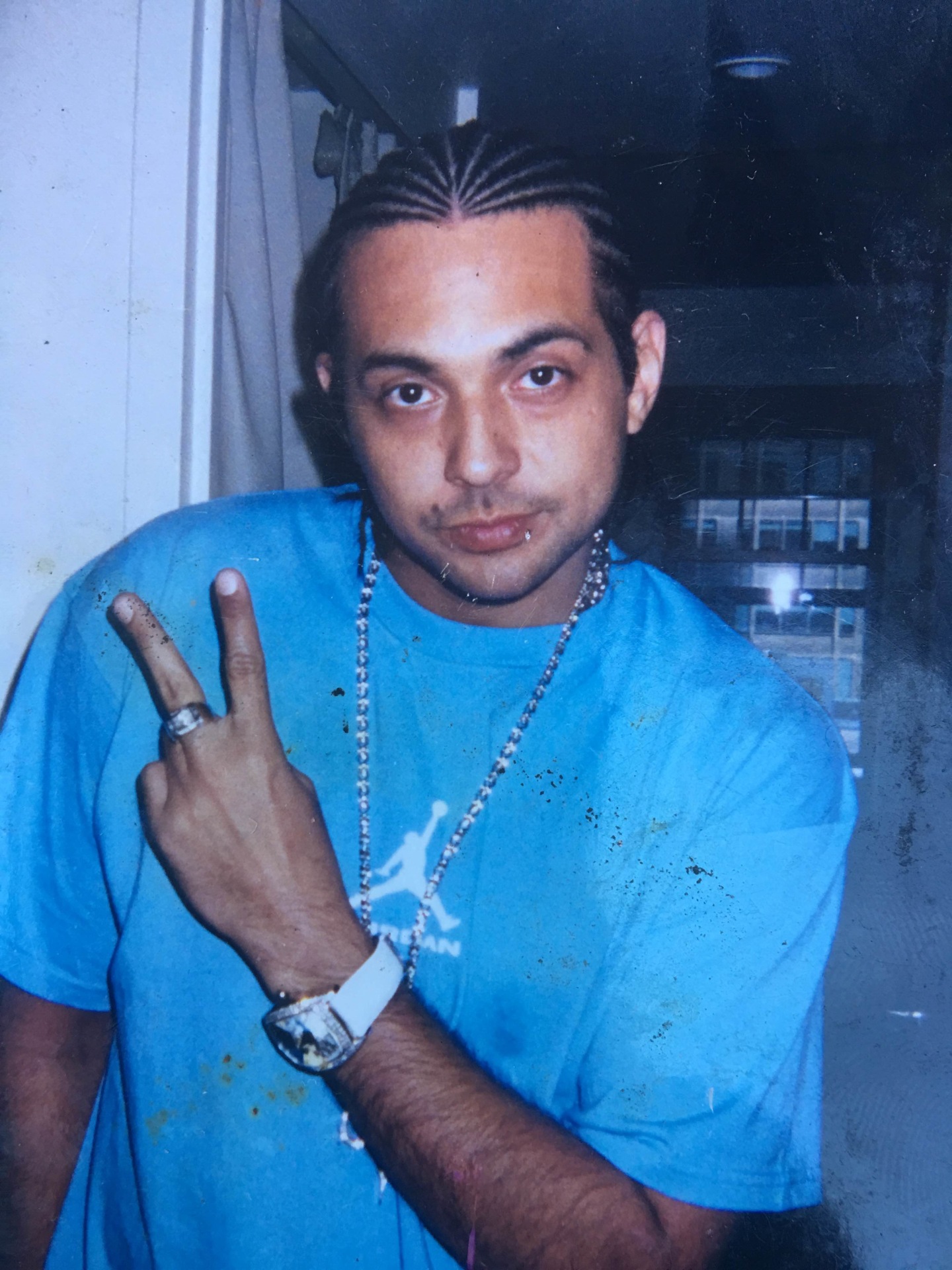 You’ve been teaming up with a lot of international artists lately. How do you feel about genres like reggaetón and K-pop finally becoming more mainstream in America?

I love that. I think a lot of it has been influenced by what dancehall has been doing since the beginning. I mean, reggaetón and Afrobeat right now sound very familiar to dancehall to me. 10-15 years ago, Afrobeat didn’t sound like how it sounds now — and it’s taking the world by storm. Even soca music — I just saw Machel Montano today — now has a lot of dancehall flavor. Montano’s counterpart Bunju Garlin spits a lot and it sounds like dancehall spitting to me. Not to say that is always goes back to dancehall, but I see the similarity and familiarity with people loving that groove and vibe. So I have to take off my hat to the producers of dancehall and the artists who inspire people. But a lot of artists are inspired differently. I’m inspired by Nirvana, but I don’t sound like them. But big-up to everyone who keeps the sound going in the direction that it’s in right now

I remember a few years ago, you said that dancehall doesn’t get enough credit.

I just believe that if I come out with an album tomorrow that’s country and western, I have to say “This is Sean Paul’s country and western album.” I don’t see a lot of these artists saying that [their music] is heavily influenced by dancehall — they think that people should just know. But people don’t know, especially the younger generation. They may be 15 years old and think that’s your sound. Other than that, I love that everyone is gravitating towards it — Major Lazer, Justin Bieber, Drake, Rihanna. Even Ed Sheeran did [“Shape of You”], which sounded like dancehall to me. I wish that they would say, “This is my dancehall single.” And I wish dancehall would be given the space at big ceremonies — I don’t want to call any names — but like the Grammys and Billboard [Music Awards].

Of course we have our reggae charts, but I feel like a lot of dancehall artists who should be recognized don’t get on those charts.

But that’s why we fall under the radar. Like when people ask us what we do and we say “dancehall,” they [respond] “Dancehall? You mean like dance music?” They don’t understand it. But if you say “reggae,” that’s looked at as the father of our genre. So I end up saying that. But I think I do both reggae and dancehall — “I’m Still In Love With You” from back in the day is a reggae song. So I heavily blend the two, like most artists do. But, like I said before, dancehall itself has influenced all these genres: reggaetón, Afrobeat, soca and even pop is integrating it now.

You’ve been a huge dancehall star for decades now, but when artists from our culture go too mainstream, sometimes people back home claim they’ve lost their authenticity.

I don’t listen to much critics. Everyone is entitled to their own opinion. But until you walk those steps and have opportunities presented to you — not matter how big or fucked-up they may be — you take advantage of that and turn it into something that shines for your genre. You wave the flag for it, and I believe that’s doing justice. So that’s me, and whatever anyone else wants to say about it is their opinion.

Is there anything you’d like to see elevated within dancehall? 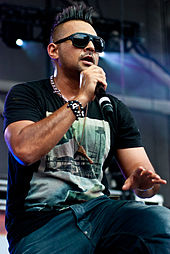 I think our artists should work a lot more together. Beenie Man, Bounty Killer, myself, Shaggy, Charly Black — we’re all huge. We’ve been doing the work, but I don’t think we do it enough. I’d also see a lot less of the quantity. We put out a lot of music and we almost make it disposable. I wish we’d have a lot more quality songs that can last, like Bob Marley did. His songs are still prolific and you can play them today. He wrote them in the ‘70s, but you can still understand exactly what he’s saying. He’s not talking to a block — he’s talking to the world. So I wish our songs would get more like that. We’re all in competition with each other, but the quantity [of songs] is just too much.

Let’s touch on some of your latest collaborations. I love your “Contra La Pared” tune with J Balvin.

I worked with him a couple years ago after we did a song with Major Lazer [“Buscando Huellas” from 2017’s Know No Better EP] and we’ve kept in touch. At the time, everyone was tied up so we didn’t get to promote that single a lot. Last year, I did a writing camp with a lot of Latin writers. So I have a couple of songs with other people to come out. I did one with Anitta, and I have two others that we’re seeking people like Natti Natasha to be on. I [worked with] Rita Ora, and there’s a song with Sia on the way that’s produced by Tiësto. I also produced a riddim in Jamaica called “Gang Gang” that features Wayne Marshall, Spragga Benz, Konshens, Sotto Bless, Chi Ching Ching and myself. And then another riddim is gonna drop in the dancehall circuit in a couple of weeks. It’s called “Callaloo.”

How do you sleep? You have all this going on!

I really don’t! I need some time for that, for real. But I like to stay fit. It’s relaxing to me, especially after the workout session. I used to play water polo for Jamaica and swam, so in the past year I’ve been going back to that a lot. I play tennis and basketball with friends. That stuff really gets the pressure off my mind — I can actually sleep after that! [laughs]

Your “Boasty” collaboration also dropped recently — how did that team-up happen?

I’m friends with [Stefflon Don], and she shouted me like, “Yo I need you to hit me up!” Then she sent [the song] to management and I told them I’m already on it. That’s something to be said about artists’ connection. We’re friends and [the collaboration] happened the same way it did with my “Shot & Wine” single with her. She came to Jamaica and I asked her, “Remember that song I played you? Let’s [record it] now!” She did it so quick, and a few weeks later she gave me a call about “Boasty.” I immediately thought it was dope as hell. I was like, “Isn’t Idris [Elba] a movie star? What the hell is he doing on the song!” [laughs] I know he’s DJing tonight, so I’m gonna try to catch it and do a piece of the verse.

Can you name your top three collaborations of all time?

I like the fact that Rihanna came to Jamaica [for 2005’s “Break It Off”]. I got a lot of collaborations at that time that people were just sending me, or I’d have to fly to Miami like I did for Beyoncé [for 2003’s “Baby Boy”] — that’s another favorite that I’d mention. But Rih came to the beach with us, came to the club and went to the Bob Marley museum, which is something she’d always wanted to do. She just hung out and got to see what we do during the week. Other than that, I’d have to big up Beyoncé [for 2003’s “Baby Boy”]. And Sia [on 2016’s “Cheap Thrills”]. I look up to her because when I first started out in the business, I wanted to try to be anonymous. I wanted people to just hear the voice and wonder who it was. It never happened for me, and it’s very hard to do that as an artist — especially when your stuff pops off. But she showed the world that she can do it. She’s been through a lot and decided, “I don’t want to be that public figure but I still love to sing.” She doesn’t need the accolades, she needs to sing. And it shows. 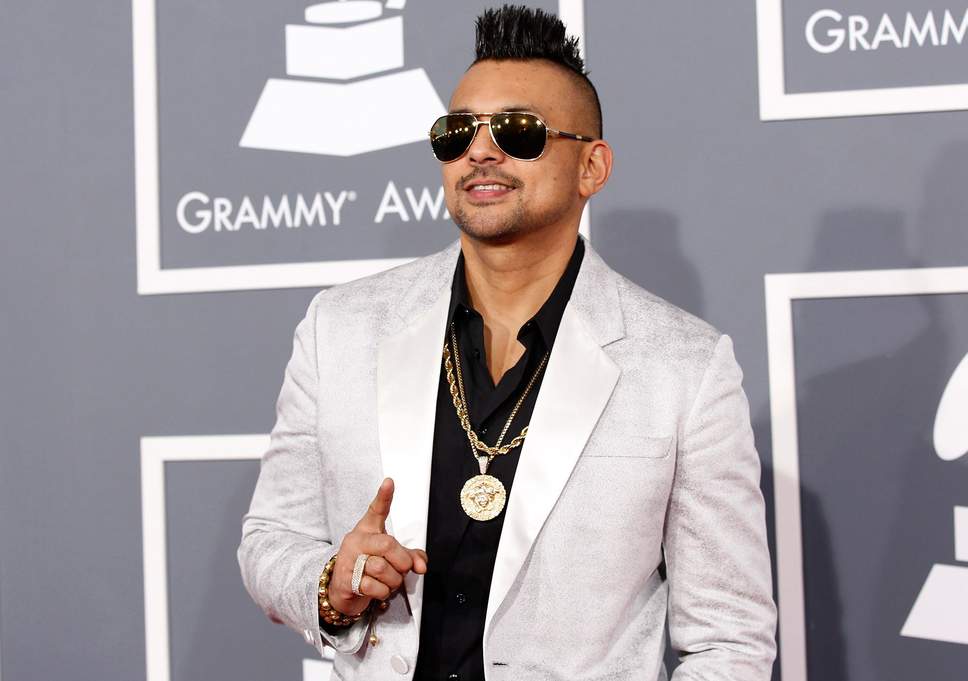 Is there anyone else left that you haven’t worked with?

I’ve been saying I want to collaborate with Alicia Keys all my life. Recently Swizz [Beatz] reached out to me about her. We got a song brewing up in the mix, so hopefully in a few months I’ll finish recording. There’s a demo, but we want to be in the same room together. So big up Swizz and Alicia. I’ve been waiting more than 20 years!

I know you and your wife are expecting your second child. Have you thought about how you want to leave your legacy behind for your kids?

It’s funny, because I’ve taken my son — he’s two years old — to two shows so far. I didn’t think it would influence him, but it has already. Every time he sees a brush, he picks it up and is like “Yo, yo! Dutty yeah!” It’s funny as hell! So I’m mindful of that. Now that I’m having a daughter, I’m gonna be affected differently. But as with everything in my life, I don’t pre-plan that stuff. I let it fall into place, and I just know the right thing to do at the right time. I trust myself, my intuition and that things will work out eventually. You do have to plan. But I don’t want to overthink it. If it’s something that I think is bad, I’ll nip it in the bud and tell [my kids] no. But we’ll see what happens — I try to be a good dad! 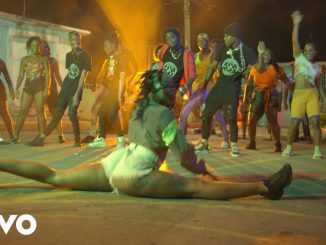 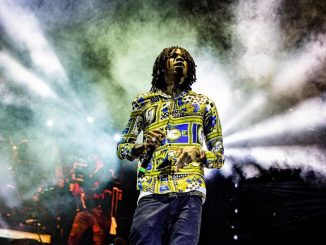 Alkaline Thankful For Fans After Earning Billboard Plaque, For His Album ‘Top Prize’ 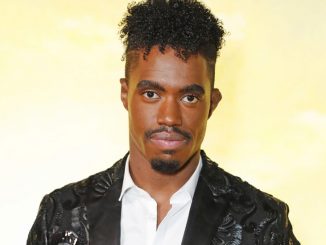