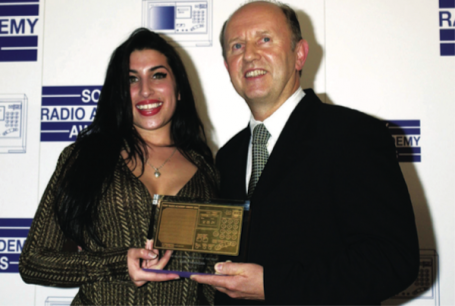 THIS IS the story of two radio deejays. One white and one black. Both of them reggae deejays. In fact, both of them, once upon a time, rivals for the same slot on the same radio station but alternating from one week to the next in anchoring the same programme.

This is also the story of the black condition, more precisely the black British condition, a reality from which we cannot escape, even if we choose to.

Those of you who grew up in London in the seventies will by now know that I am talking, in terms of the two radio deejays, about the late great Tony Williams on the one hand and the better known and much more acclaimed David Rodigan on the other.

From the acclaim or, if you prefer, the success of either, I bet you can guess which one of them was white and which one was the black one.

No, don’t get it twisted. Before you start asking what has race got to do with it, let me acknowledge that it has nothing to do with it whatsoever, except in the study of reggae anthropology.

After all, the study of race is vital to our understanding of ourselves let alone society. And you can study race without being racist. Indeed, I would argue that race has nothing to do with racists – them lot are just jealous of who we are and how they can no longer lord and master it over us.

Anyway, back to the case in point, since Tony Williams’s nine night a few weeks back, many people have commented on how surprised they were that Radian, of all people, eulogised in glowing terms about his former colleague and erst – whole rival for the iron throne of reggae deejay king (once upon a time).

I wasn’t surprised. Not at all. Not one bit. Not least because Rodigan always knows how to strike the right note, whether it be in a sweaty little club like Gossips that he used to run back in the day just off Dean Street in the West End of London (yes, reggae used to be uptown and downtown, not just in the ‘hood where it seems to be trapped nowadays when it’s not on some summer music festival) or whether it be at a ram jam dance in Jamaica back when Roddy used to fly out to clash with Barry G and come back (one of many legendary sound clashes on both sides of the Atlantic with the irrepressible and, at one time, undisputed godfather of Jamaican reggae radio).

Rodigan has always been able to assess his audience and strike the perfect chord that would resonate with them. Indeed, Rodigan was one of the first commentators out of the blocks when the news of Tony Williams’s passing dropped on social media. He had already tweeted a tribute by the time I woke that fateful morning, and it was his tribute that I found myself retweeting. Because it seemed most appropriate.

Like I say, Radian always know how we feel it in the one drop. No lie. And yet, he has been feeling it for 40 years despite or, sherpas, because of his lack of the one drop. In all that time there have been all kinds of mumblings and grumblings from a segment of the reggae audience and industry about Rodigan being a gatekeeper etc etc.

Most recently of course there was the outburst by legendary sound man Lloydie Coxsone about Rodigan, where he went on public record to say that Rodigan has not been responsible for jack in reggae and has innovated nada in the industry and has contributed zilch.

You can still follow that argument on social media. But nobody, and I mean nobody, not even Lloydie Coxsone, states the obvious. Nobody mentions “oh by the way, Roddy’s a white guy” in these ruminations, because generally we black people are not that coarse and vulgar. Like I always say, we are not racists, we can’t be.

But we’re not blind either, so it’s not like nobody sees the fact that Rodigan is a caucasian dude playing culturally deep black music.

Having said that, is it not al-ways the case that we get deep into our culture? Perhaps too deep. So deep that we cannot see the shoreline for the waves. We dive so deep into our his- tory and culture that, like Bob Marley says, it licks us and we feel no pain.

We are numbed by the experience of learning about enslavement so much so that the burning rage of anger and bitterness, rather than pain, is nearly always our reflective default.

Almost as if we need an out-of-boy experience to truly realise our collective panful trauma. Now, you’re not going to like it, but I wonder whether white people, or any other outsider (the ‘other’, if you like, looking in on us), represent that out-of-body experience which we can never realise (just as they cannot experience the out-of-body experience of being white, which is on our gift to distill) and are able to feel the pain on our behalf.

White folks seem to be better curators of reggae. Or jazz. Or the blues. And their race is incidental (apart from, like I said anthropologically). And that is, arguably, what Ali G did better than most. It’s just like that.

And whereas Tony Williams got a raw deal out of the battle of the reggae deejays, it’s fair to say, the lesson to be learned is that we should not ght battles on a next man’s turf, even if it looks pretty much like our turf. If his turf is the interpretation of black music or culture, better the black man stick to making love… or music

Source: The battle of the reggae deejay kings | The Voice Online 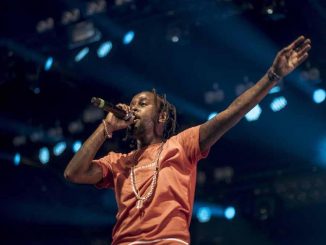 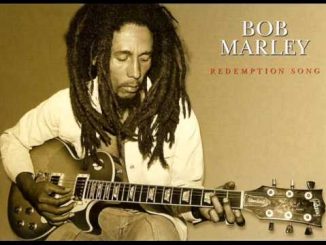 Bob Marley Lyrics That Still Resonate With Us Today 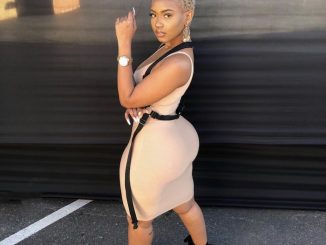