This weekend, Bass Odyssey celebrates its 28th anniversary as a sound system with the biggest dancehall street event of the year. Three years ago, the anniversary event was renamed Jamaica Sound System Festival. With two years remaining in the current five-year business plan, event organiser Yaniq Walford says the rebranding has increased planning costs, but it’s a price worth paying to retain sound-system clash authenticity. 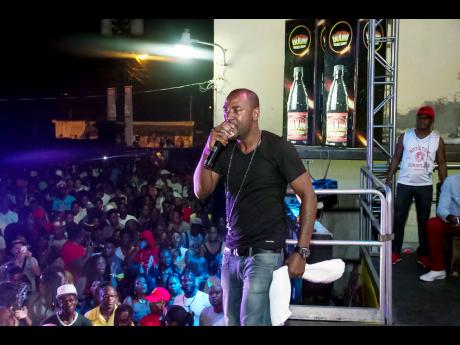 “It wasn’t necessary, and it has cost us more. It was so much easier brand-wise, to say Bass Odyssey Anniversary. When it was that, it cost less to promote the show because people just come for the Bass Odyssey sound,” Walford told The Gleaner.

As trying as it may be, there is no intention to go back to singular anniversary branding. Walford said the event’s ultimate goal is to re-invigorate local support to become the ‘number one big dance in Jamaica, without major corporate sponsorship.

Walford believes that drumming up corporate sponsorship for the festival should have been easy, but often contractual stipulations compromise the original form of clashing.

“What we are doing is for the locals in its authentic form. In sticking to the authentic form of sound-system culture, it’s a hard sell to sponsors,” Walford told The Gleaner.

According to Walford, explicit sound system clashes are more attractive to foreigners.

“A sound clash has to be hard core. It has to be explicit. It doesn’t do much for building as an entertainment brand when [sponsors] say what will appeal to what kind of people. Sound systems thrived for decades because it appealed to Jamaican people, and altering it is what will kill it … . If you alter it, you change the appeal,” she continued.

“A lot of festivals and events are tailored for the international market, but we are going from the root. We have an online page that is so busy. Most people want to do what we do. They want to party with the locals, and let them come! Enough people will fly here to party as we do.”

Although Walford’s attention has been on reinvigorating local support, the festival does attract international support through various north coast hotels. Annually, hostels, boutique hotels and high-end resorts, including Rockhouse Hotel in Negril arrange transportation to the event for their guests.