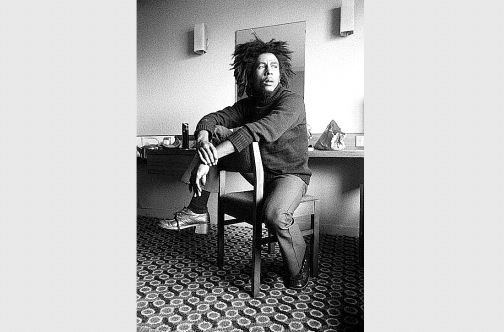 AMERICAN author David Cupples believes Bob Marley should be made a National Hero of Jamaica.

During his address to the Bob Marley Lecture Series Thursday at the Undercroft at University of the West Indies (The UWI), Mona, Cupples described Marley as a revolutionary and visionary whose message was more powerful than folk legend, Bob Dylan.

“I try today to let everybody understand Bob Marley a little better and what he was fighting against. To everyone all over the world today Bob is a great hero; Bob Dylan deserves the Nobel Prize, but our Bob deserves it more in my opinion,” said Cupples. “In my opinion, Bob should be made a Jamaica national hero without question. So too Michael Manley.”

Cupples noted that Marley excelled in the 1970s when the United States Secret Service did everything to destabilise Jamaica.

“Just as Bob said, ‘I an’ I nuh come to fight flesh and blood, but spiritual wickedness in high and low places’. Bob was fighting a war. Nobody in mainstream media ever seek to find out who or what Bob is fighting against….You guys have a better education than us growing up in America, you have Bob Marley telling you the truth. The vampires sucking the blood of the sufferers, is not a figment of Bob’s imagination. The system is real. The vampires are real people who run the world and trampled on the people of colour,” Cupples noted.

A passionate Cupples argued that the reggae icon’s contribution as a social force has been overlooked.

Cupples, an American, has written two books on Marley — Stir It Up: The CIA Target Jamaica, Bob Marley

and the Progressive Manley Government, and It’s 1976: Bob Marley is The Most Important Person In The World. 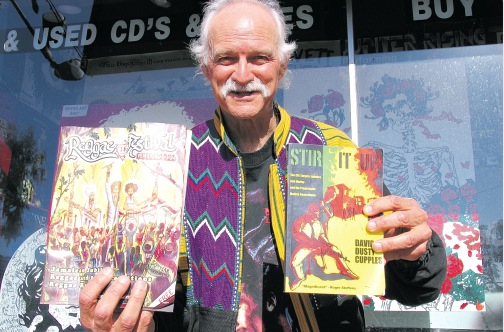 “Manley had the gangs aligned to the PNP (People’s National Party), (Edward) Seaga has the gangs aligned to the JLP (Jamaica Labour Party), Bob Marley had them both. Not saying that Bob had the gangs in the palm of his hands,” he stated. “Was the CIA behind the shooting of Bob at Hope Road two days before Smile Jamaica concert (December 5 1976) and 12 days before the national elections?… Did Bob’s fame protect him… or maybe somebody out there have the definitive answer. I only know the Central Intelligence Agency wanted Manley out so badly and Bob Marley was standing in the way. That was a very dangerous position to be in, of which Bob was well aware.”

Marley, who died in May 1981 at age 36, was awarded the Order of Merit, Jamaica’s third-highest honour that year.