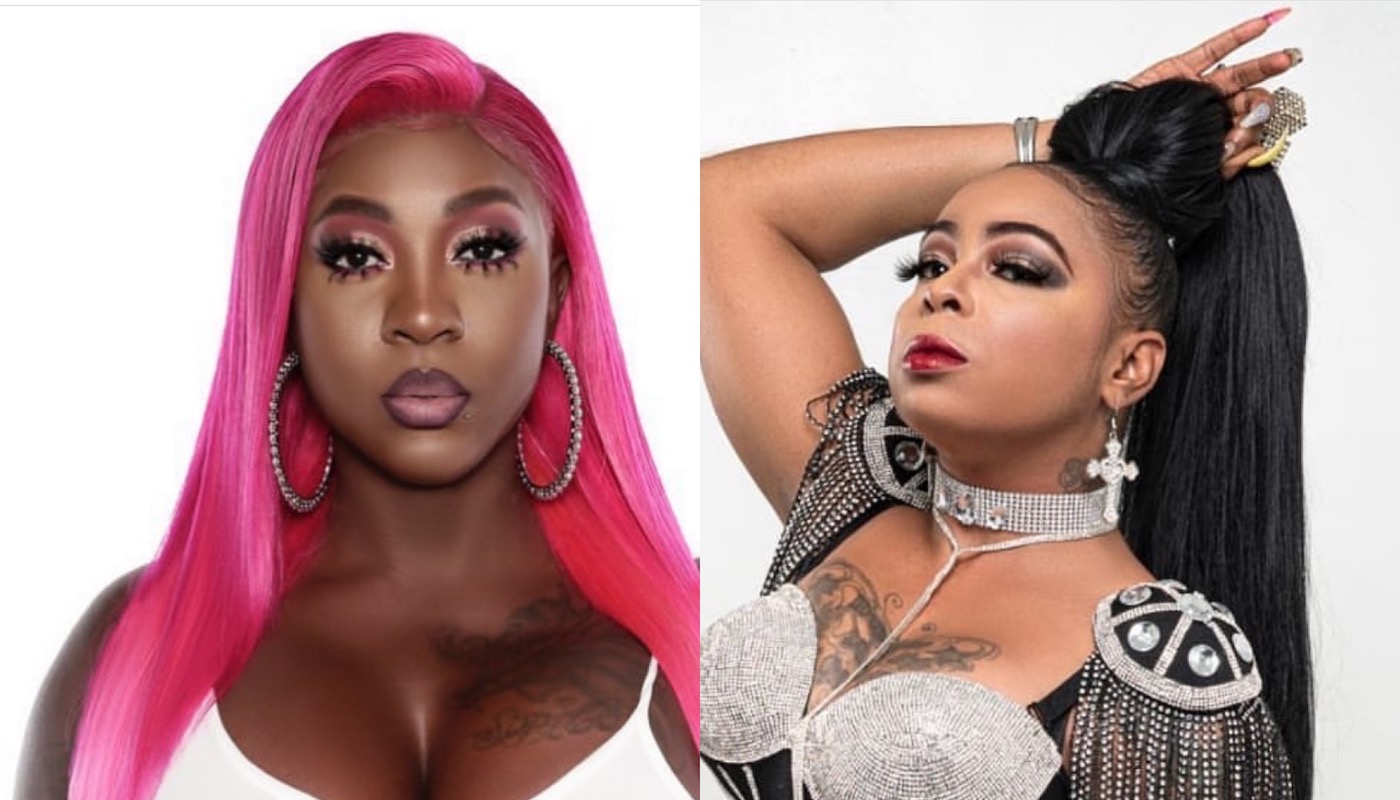 Spice and Lisa Hyper both apologize to each other and squash their decade old beef.

Firstly, Lisa Hyper begins anew by laying to rest her long-standing feud with Spice, stating, “Spice I’m sorry.” Dancehall artiste Lisa Hyper and Queen of Dancehall, Spice, have been entangled in a nasty feud for over 12 years. The feud began back in 2009 shortly after a performance at Sting. Lisa Hyper dropped a diss song directed at Spice, who then fired back with a savage diss song of her own, titled “Draw Me Out”.

Over the past few weeks, Lisa has been involved in a vicious back and forth battle with Jodi Couture, Tanesha “Shorty” Johnson and Lisa Mercedez. All three women have been laying claim to the title, First Lady of Gaza. They have all cited their personal ties and commitments to dancehall artiste Vybz Kartel as proof. However, Shorty made it known to all that she is the only one with access to his bank account while the other women only have talk and fans unanimously agreed.

It seemed that the situation prompted Lisa to truly sit and consider what is most important in life as she took to her Instagram account to publicly state that she has no beef with anyone. She began, “I’m just here to clear the air that I have no beef with no female entertainers, I appreciate all of you guys because all of you guys contribute to the dancehall music.” 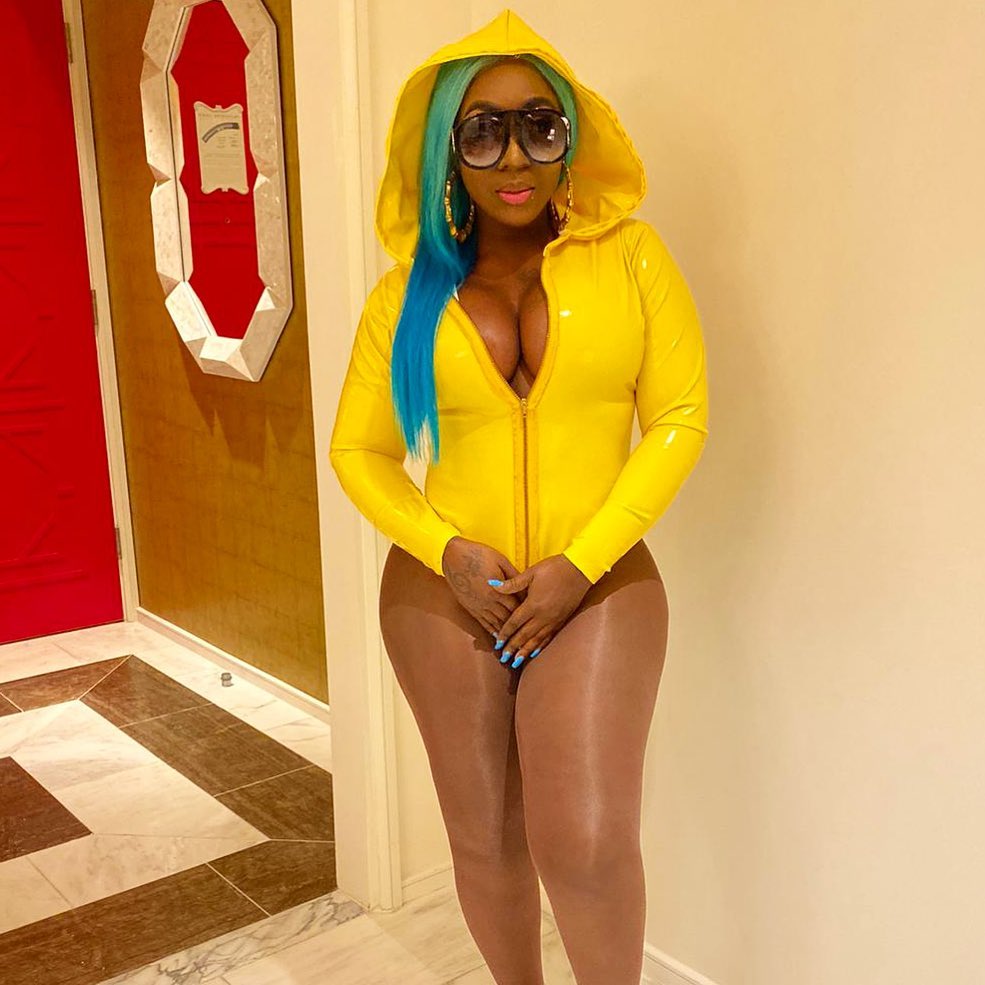 She then showcased immense growth as she also apologized to Spice. “I want to say a big big sincere, humble apology to Grace “Spice” Hamilton for the past disrespect, and I want to move past this, and this is why I’m doing this. The past is the past, and you gotta have a past to have a future,” she said. In closing, she stated, “Mek we stop the foolishness and be the big role model and the star role model fi di fans dem.”

Elaborating on the issue at hand, Lisa captioned the post, “The world has changed recently and have forced me to look at life differently. I have realized that peace is much easier than war and that healing is important. I’ve made mistakes just like anyone else, but it’s what you do and learn from your mistakes that count.”

Tagging Spice’s “Women Empowerment Foundation” Instagram account and a fan account, she added, “Today I want to say I’m growing and healing. I still mess up, but I’m trying to fix things. Spice I’m sorry for the way I allowed the traditions of war in our music made me feel and treated you. You have done wonderful things for this business, females in the business and Jamaica. I want to let you know Im humbled and I appreciate you. I’m not sure how this will play out but from my heart I am sorry and I pray God intervenes where ever evil doers try to create anymore animosity.”

Fans commended the artiste for her strength, maturity, and courage, “I love this big up you self @lisa_hyper it takes a huge heart wonderful soul to make an apology @spiceofficial.” Another fan added, “Real big woman ting, you know how hard it is to apologize it takes real courage.”

Lisa’s big heartfelt apology comes on the heels of fellow dancehall artiste Jada Kingdom also deciding to squash her feud with Shenseea as she offered some words of condolences following the passing of Shenseea’s mom. This is a real good look for both artistes and it is some much-needed positivity with all that is happening in today’s world.

This also allows Lisa to wholly commit herself to her music as she is slated to release a new album titled “The Phoenix” later this month. We hope that just like a phoenix, Lisa will continue to rise and set the bar for growth and healing.

Spice repost an article published by the Star on her Instagram account and issued a lengthy note addressing Lisa Hyper. “[Lisa Hyper] Apology accepted ??and I’d like to apologize to you too, because at the end of the day the disrespect wasn’t one sided,” Spice wrote. “I too retaliated towards you in my diss song in a very derogatory manner. I can tag you now because I just unblocked you after 10 years WOW (den a so mi keep malice long) Big up yuh self , a public apology takes humility so I respect your bold move. Besides we were younger and I know you were misled by a demon in human form in which I’m sure if our friendship had continued we would have been a greater force to reckon working together, but Fun and jokes aside, life is way too short and too much happening around us especially in these times for us to be carrying on disdain.” 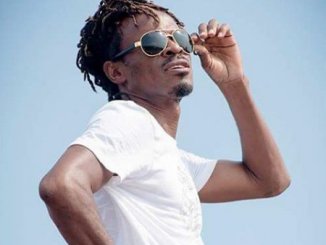 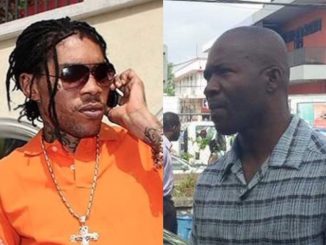 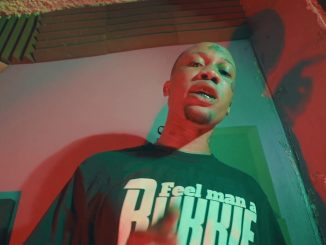