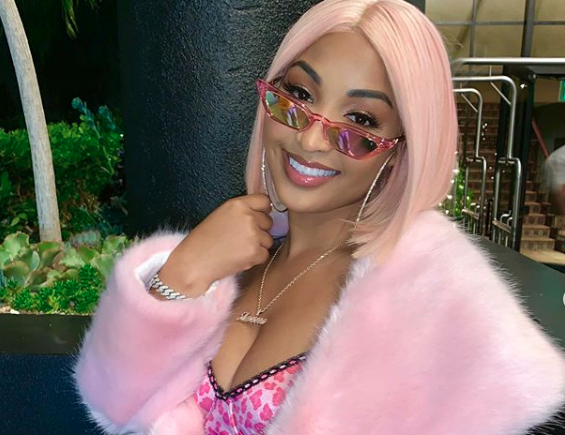 Shenseea says she almost died over the weekend.

The Dancehall singjay took to his Instagram story on Monday to tell her over 1.6 Million followers that she could’ve lost her life.

“I almost died last night,” Shenseea wrote via her Instagram story. “The funny thing is i saw that sh*t coming! Thank God for life,” she continued. 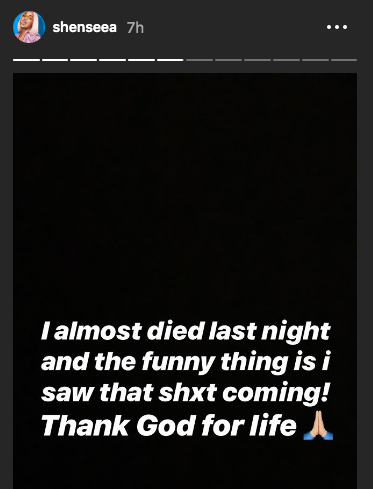 While the “Blessed” singer failed to share more details, Shenseea is the second Jamaican entertainer to have a near death experience in the last few weeks.

Last month, former Queen of Dancehall-turned-Gospel, Minister Marion Hall, also had a brush with death when she her team were on chartered flight from St Martin to Anguilla and the door flew open mid-flight. 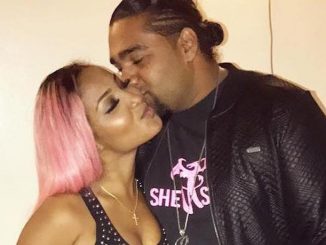 Shenseea Will Be The Godmother For Romeich’s Newborn 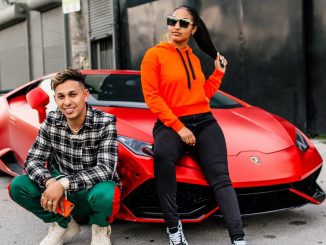 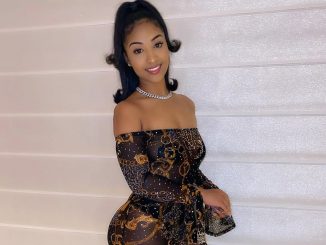