On his Instagram page on Monday, Rvssian posted a photo of himself and Ebbasta holding their platinum plaques with the comment, “Make Mama Proud”. It is for sales of over 50,000 in Italy, which is the mark for platinum.

Certification for the sales of albums and singles in Italy are monitored and awarded by the Federazione Industria Musicale Italiana (FIMI), which is headquartered in Milan.

Released on July 20, Pablo is produced by the Kingston-born Rvssian, released on his Head Concussion label and distributed by Johnny Wonder Distribution. Its official video was uploaded to YouTube that day and has so far attracted over 24,574,981 views.

The Pablo remix was released this month and features Rich The Kid, Moneybagg Yo, and Lil Baby. Sfera Ebbasta, whose real name is Gionata Boschetti, is 26 years old and has enjoyed considerable commercial success in his homeland with three solo albums: XDVR, his self-titled set, and Rockstar.

Rockstar, which was released in January by Universal Music/Def Jam Recordings, has been certified triple platinum in Italy.

Rvssian is the son of Michael Johnston, co-founder of Micron, a music distribution company that operated in Kingston during the 1970s. His father is executive producer of Negril, the 1975 instrumental album by acclaimed American session guitarist Eric Gale.

The younger Johnston started his career producing songs for Vybz Kartel. His previous hit songs include Good Girl Gone Bad by Konshens and Tarrus Riley, Pull Up to Mi Bumper by J Capri and Konshens and Straight Jeans and Fitted, his collaboration with Vybz Kartel. 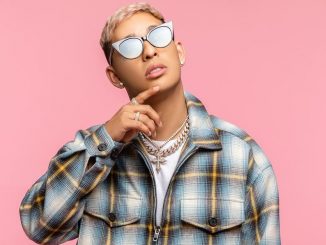