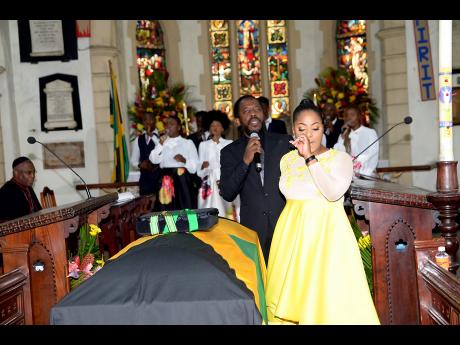 All it takes is one song to completely change an entertainer’s life. For Wayne Marshall it couldn’t be any truer, as the artiste continues to enjoy huge success from his hit single ‘Glory To God’. Not only did the track reintroduce Marshall to the local and international music scene, but it has managed to influence both secular and religious markets.

Marshall told The Gleaner he knew from the get-go the song would have created the impact it has, because he “felt it”. “Natural High Productions, the producers of the song, sent me four rhythms and (the rhythm for) Glory to God was one of them. I was listening to beats one night and came upon that one. I felt a powerful rush of inspiration and the song came. The chorus came right there – all the words and the melody. The vibe for the verses came shortly after,” he explained. “I could tell this song was different and powerful. Tears came to my eyes and I felt a divine connection to the music. I literally asked myself if I should really sing this song, not really doubting myself, but just seeking confirmation,” Marshall said.

Marshall, who cut off his dreadlocks shortly after the song started gaining traction, sent tongues wagging over whether he had found God and was re-entering the music space as not only a born-again Christian but a gospel artiste. Marshall said he is not a Christian and the decision to cut his locks “…was a personal decision as opposed to a religious decision as a lot people were saying or thinking. I was thinking of doing it for a long time. At that time, I was going through many changes and transitions as a person. My father had just died, so I thought that now is the time.”

“I don’t like to define or describe any paths. I prefer to leave the process to my creative instincts. I am a spiritual youth that believes that God is leading me to where I should go musically, always been. I am not a Christian, but I am a spiritual person who has a very intimate relationship with God. I am following the guidance and going where I am led. Who knows where this journey will end up? I am confident that God is doing something new with me this season,” Marshall said.

With that said, Marshall believes ‘Glory to God’ has gained traction globally because of its message. “Besides the fact that it sounds good and its well produced and mixed, it is a very spiritually charged song and I think people really feel the energy of the song more than anything else. I believe it resonates with people because it’s straight from the heart. It came from a deep place in my soul,” he said. Marshall said s an artiste he has always wanted to do the kinds of songs that uplift and encourage people. “I had to take a break to study and learn the music to level up. I am just growing and evolving as a musician now so I will be getting better, doing bigger songs, the kind of songs I have always prayed for. Songs that can uplift, unite, inspire and bring joy to people,” he said.

Not keen on slowing down anytime soon, the entertainer says he has a whole catalogue of music to unleash. He, however, will be very meticulous about his next release, pointing out that the follow-up to ‘Glory to God’ has to be good. “‘Glory to God’ is so powerful and so I have to choose carefully what the follow-ups will be. I have a range of music in the vault to release,” said Marshall is currently working on an album he hopes to release in the first quarter of 2019. 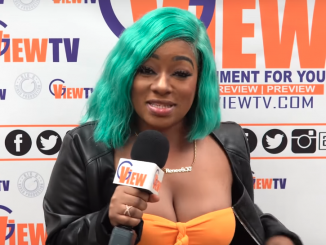 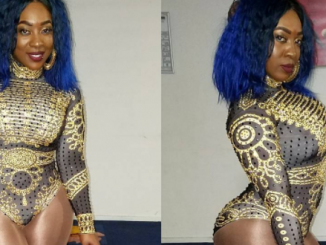 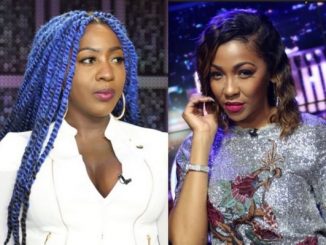