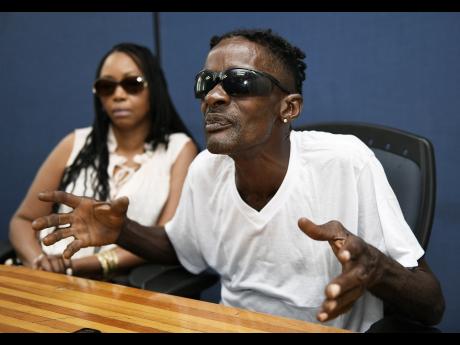 As controversial entertainer Gully Bop flaunts with his new partner Deborrah Nicholson, he said he has finally found true love while stating that his relationship with Shauna Chyn was merely a publicity stunt.

Chyn also admitted to THE STAR that their love affair was phony but said she only played along so Gully Bop could get his musical break.

However Gully Bop says he brought her into the spotlight.

“A me see Chyn and say yea a 20 year me no chuck on a woman inna me bed,” he said, noting he didn’t know her when he did songs like ‘Body Specialist’.

“A round a Frens For Real studio me know the chiney girl not even ina one good shoes. A come she come a di studio and need a dub and when me dweet she never have no money to pay me,” he said. “She feel hungry and me buy her lunch and give her a big money cuz … She never carry me go buy no clothes cuz she never have no money; a me send her go shop.”

Bop said he knew from the start that Chyn did not have his best interests at heart and was only in it for the fame. 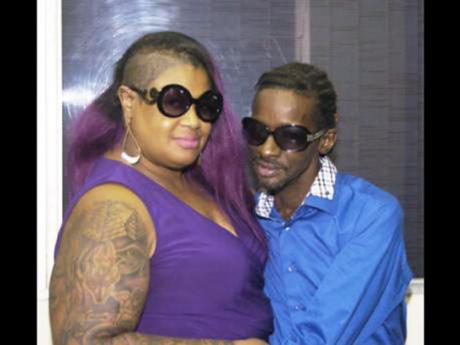 “I knew she was fake but me decide to make good out of a bad situation. She fall in love after she realise say me have me money and me is no mad man. Of course me give her me money and me no regret it but the only ting she eva do fi me was to be good in bed,” he said.

Chyn and Bop’s relationship ended in a nasty public fallout which saw both of them receiving injuries in a fight.

After the break-up, Chyn kept her aspects of her love life low-key.

Bop however moved from one drama filled relationship to the next. Calling the US his temporary home, he moved in with social media blogger Amari who would later accuse him of physical abuse, landing him behind bars.

After the fallout with Amari, Bop became quite the Cassanova, with several other females getting a place on his arm.

But he said his ‘galis’ days are over as he now has eyes only for his new ‘bae’ Deborrah.

“Her last name soon change to Malcolm, cuz a my wife dis,” he said.

A blushing Nicholson told THE STAR that Bop is indeed the love of her life.

“I met him through his manager who is a good friend of mine. I am confident within myself so I am not in any competition with anyone. I will stand by his side in good or bad and when things are wrong, I will make them right,” she said.

The US citizen said while she may be perceived as a money grabber or attention seeker, she is quite the opposite.

“I am a very hard working person. I work for what I want and I am have very secured jobs so I don’t need to be grabbing anything from Mr Malcolm. I am his rock and I promise to be by his side and take care of him the way a wife should,” she said. 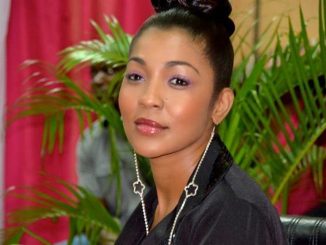 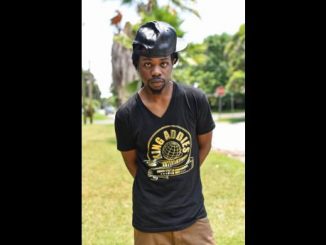 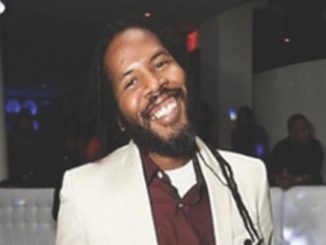