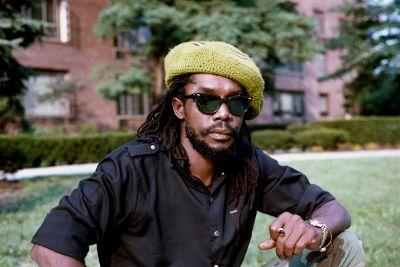 LAST THURSDAY October 19, Peter Tosh’s estate holders and museum curators hosted a gala event at the Spanish Court Hotel, New Kingston, on what would have been the late musical veteran’s birthday.

Following the format of the tribute concert held last year, Pulse CEO Kingsley Cooper used the opportunity to issue awards to individuals who either worked alongside the late legend or have, in some way, carried on the spirit of Tosh’s messages and motivations.

Awards were given to the past and active members of Tosh’s Word, Sound and Power Band.

“This is a very special moment because this is the great aggregation that toured with Peter, recognised as one of the greatest bands in the history of reggae music,” Cooper said.

Following those, Tosh’s daughter Niambe Tosh was invited to the stage to present the Stepping Razor Award for persons who are recognised as being influential in the cultivation of arts and entertainment through their illustrious careers. The award went to two individuals, one deceased and the other unavoidably absent. Those recipients were Neville ‘Bunny Wailer’ Livingstone, OM; and the Honorable Robert Nesta Marley. Tommy Cowan was invited to receive the tokens on their behalf.

“It’s such a privilege that I would have been able to have been associated with the greatest group that ever rocked the face of the Earth, The Wailers,” Cowan said.

“They have done an incredible job in the advancement, not just of reggae music, but of a whole culture,” Cooper said.

The Legalize It Award is in recognition to persons who have been influential in sustaining Tosh’s message of the legalisation of cannabis through their work. For this, there were also two recipients, the first being Ras Iyah V.

“Through many years of work, he has been at the forefront of the movement for the legalisation of marijuana, and has continued Peter’s work in that respect,” Cooper said.

The other recipient was Luciano.

“Remember that Peter Tosh was not just a singer, he was a revolutionary, a freedom fighter. The man get nuff beatin’ fi dis wah yuh see mi yah ah smoke,” Luciano said, before demonstratively taking a draw of his already lit cannabis spliff.

The penultimate award was the Bush Doctor Award, given in recognition of outstanding service to the Jamaican music industry. It was awarded to Copeland Forbes, OD. Finally, the Equal Rights Award was presented to Nelson Mandela and accepted by human rights attorney-at-law, Jasmine Rand.

Rand is currently working with the Tosh family as they seek justice for a beating Jawara McIntosh (Tosh’s son) suffered while serving a six-month sentence in New Jersey for illegal possession of cannabis. Injuries sustained from the beating rendered Jawara comatose. 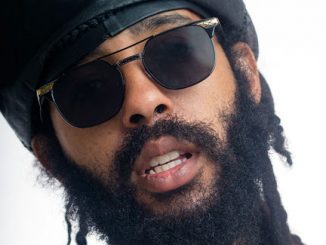 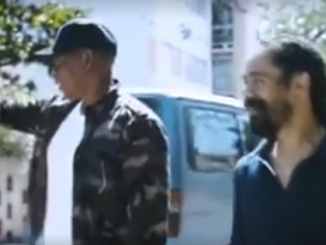 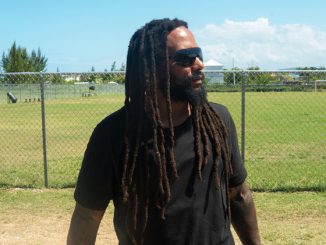