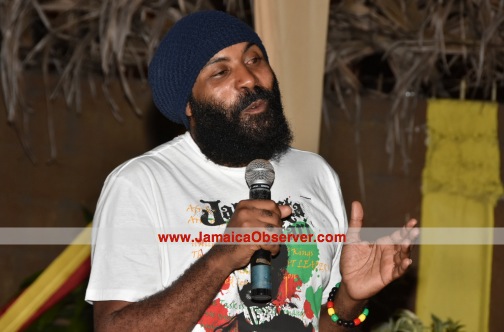 THE loss of relatives or close friends have influenced artistes to become advocates for diverse causes. Singer Anthony Cruz, whose daughter Shanice was murdered in February, intends to take a stand against domestic abuse.

“It’s an awareness campaign. We want to create a platform where women and children can reach out to different agencies like the Child Development Agency to get their voice heard,” he told the Jamaica Observer.

Cruz (real name Rowan Smith) said his team are in the process of establishing a website where victims can access information for counseling.

Shanice Smith and her mother Karen Lyle were murdered at their South Florida apartment by Lyle’s spouse Kevin Nelson who has been charged with two counts of premeditated murder.

Denise Barracks, a Jamaican motivational speaker, who lives in Connecticut, spoke at the launch. Having been in an abusive relationship, she encouraged women to heed the warning signs.

“I got hit once and that was enough for me,” she said, adding: “We have to be role models for our daughters because they follow us.”

Police report that 24 women were murdered in domestic disputes in Jamaica last year. The incidents prompted islandwide marches by civic groups and calls for harsher penalties for offenders.