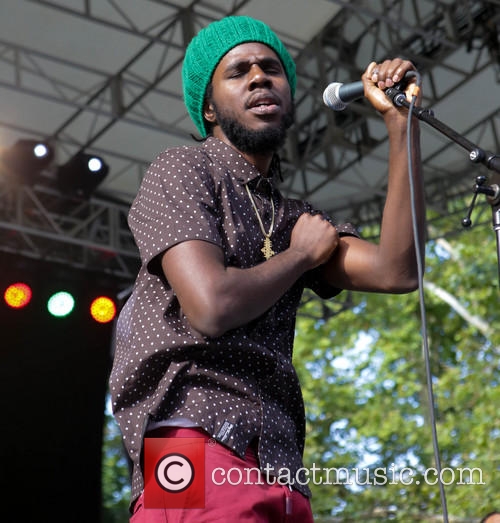 The Jamaican reggae singer, real name Jamar MCNaughton, who is a leading light in the island’s roots reggae music scene, is the star of a new campaign for Adidas’ Spring 2017 Spezial collection.

In an interview with Vogue.com, Chronixx, who has topped the Billboard and iTunes reggae charts with 2014 EP Dread & Terrible, revealed how his personal style is informed by his Rastafarian beliefs.

“We are not trying to look good – we are trying to be good,” he told Vogue.com of his approach to style. “It’s not about the runway or what’s trending. It’s what suits you and how you live.

“A Rasta will like a jacket with a certain number of pockets because we are travellers. We are people of the earth. We don’t belong to any nation,” he explained when asked what he packs to go on tour. “When we’re on the go, there are certain things that a Rasta man needs to have with him. You have your herb, you have your food, you have some coconut water, a couple moringa seeds. Or nothing at all – no money, no food, and you can acquire things on the way.”

Chronixx, who has performed at Glastonbury Festival and Coachella, is gearing up to hit the road again shortly after he releases upcoming new album, Chronology, his first full studio project after years of creating a buzz with his singles and EPs.

Last year (16), the 24-year-old singer, who is the son of dancehall artist Chronicle, supported legendary British band The Stone Roses at their Etihad Stadium show in front of 55,000 music fans.