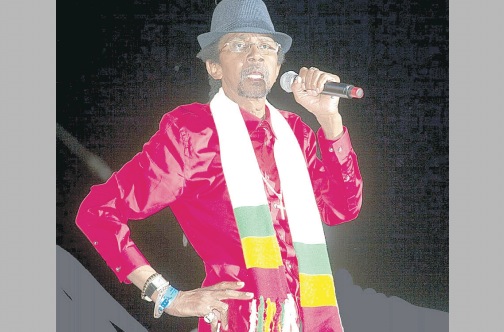 While working as an accountant at the State-run Jamaica Broadcasting Corporation (JBC) in 1978, Edi Fitzroy recorded his breakthrough song.

Produced by his co-worker, Michael “Mikey Dread” Campbell, Miss Molly Colly dropped at a time when roots-reggae was still hot.

It was the first of several hits for the bespectacled Fitzroy, who died last Saturday at the May Pen Hospital in his native Clarendon, aged 61.

The singer’s nephew, Linval Edwards, said Fitzroy, had been ill but did not disclose the cause of death. Music producer Trevor Elliott, who knew the artiste for 40 years, said he last spoke to him two weeks ago.

“He was in good spirits. I saw Edi when I was in Jamaica last August and he wasn’t in good shape, but he sounded much better when I spoke to him recently,” Elliott told Jamaica Observer from his Florida home.

Elliott produced most of Fitzroy’s hit songs including The Gun, Check For You Once and Princess Black. Those uplifting tunes came out in the 1980s, a period dominated by ‘slackness lyrics’ and computer jams like Under Mi Sleng Teng.

According to Elliott, Fitzroy’s personality helped make their partnership click.

“He was a very humble man…loved people. Edi was a true professional,” he said.

Edi Fitzroy was born Fitzroy Edwards in Chapleton, Clarendon. His father, Vasco Edwards, operated a sound system in their hometown.

His first serious job was at the JBC, which was beset by political turmoil in the 1970s. Fitzroy rubbed shoulders with its militant employees such as Campbell, an engineer, and disc jockey Errol “ET” Thompson.

Even while he rode the charts and performed on major shows like Reggae Sunsplash 30 years ago, Fitzroy was employed at the JBC.

He is survived by six daughters (a son, Rory, predeceased him), two sisters and a brother.

Source: A Prince to the end – Entertainment – JamaicaObserver.com