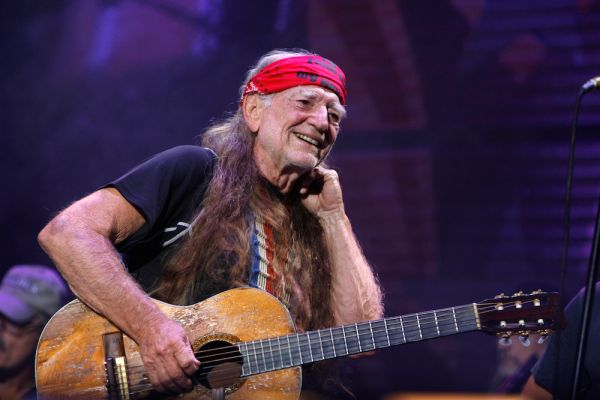 Country singer Willie Nelson, the children of the late reggae icon Bob Marley and comedian Whoopi Goldberg are just a few of the growing number of celebrities publicly jumping into the marijuana industry and eyeing the California pot market, which is expected to explode after voters legalized the recreational use of weed.Regulators are still scrambling to get California’s recreational pot market launched and are racing to issue licenses to growers and sellers by early 2018. Still to be decided is who will receive the first licenses to grow, distribute and sell recreational marijuana.Most popular Barack, Malia Obama attend Broadway show Jenner to Trump: Trans bathroom decision ‘a disaster’ Fox News host Alan Colmes, Hofstra alum, dies at 66 Who should (and will) win at this year’s Oscars Here are the Academy Awards’ longest ceremoniesGrowers already cleared to sell medical marijuana in California could be the first in line.Analysts say brands already established in legal medical marijuana dispensaries — including celebrities who partner with approved California growers — will have a leg up when the first licenses are issued. Several pot-loving celebrities are in prime positions because of their fame and backstory with the drug, including Marley’s children.The late Jamaican singer was at the vanguard of the global legalization movement.Celebrities43 famous pot smokers and advocatesBacked by a Seattle venture capital firm, Marley’s oldest daughter launched Marley Natural in 2014. Cedella Marley says California is now the world’s largest legal cannabis market since voters approved Proposition 64 in November. Marley Natural products already are available in California medical dispensaries.advertisement | advertise on newsdayThere is enormous opportunity for growth in the state, Cedella Marley said in an email interview.”It also carries enormous cultural significance and influence, so it will be an important place to help people understand the herb the way my dad enjoyed it,” she said.Bob Marley’s youngest son, Damian Marley, runs a competing operation, Stony Hill, and recently joined with another weed company to buy a vacant 77,000-square-foot prison for $4.1 million in Coalinga, in California’s Central Valley. They turned it into a marijuana factory.All uses of pot remain illegal under federal law, keeping most banks and Wall Street companies out of an industry that could grow from $6 billion to $50 billion in the next decade, according to the financial services firm Cowen & Co.Nonetheless, Wall Street has taken notice.Beer and spirit companies have warned investors that legal weed could threaten profits. Boston Beer Co., brewer of Samuel Adams, and Brown-Forman Corp., distiller of Jack Daniels, say they fear consumers will cut down on drinking and start using marijuana more as it becomes legal in more locales.In California, the new marijuana law calls for nearly 20 types of licenses, including permits for farmers; delivery services that will take pot to a buyer’s front door; testing labs; distributors; and dispensary operators at the retail level.But because the drug is still illegal under federal law, the U.S. Patent and Trademark office won’t issue trademarks to protect marijuana brands. So marijuana companies and their advocates have turned to state lawmakers for help.Rob Bonta, a Democratic assemblyman from Alameda, has introduced a bill that would grant cannabis companies state trademarks.It also would ban marijuana billboards near freeways and provide money to develop standards for testing impaired drivers. Law enforcement officials have taken no position on it even though they opposed the legalization of recreational pot.advertisement | advertise on newsdayHezekiah Allen, head of the California Growers Association, a marijuana farmers’ trade group, said California has a mature marijuana marketplace in which consumers expect high-quality pot and have more than price and quality in mind when shopping.”California consumers are interested in how their products were grown, how workers were treated,” Allen said.Celebrities who have associated themselves with social causes that also sell weed will stand out in California, he said.Few stars have invested so publicly — and heavily — in the marijuana industry as Calvin Broadus, better known as rapper Snoop Dogg. He has branded his own line of bud called Leafs by Snoop, created a marijuana news website and launched a $25 million venture capital fund for pot investing called Casa Verde, Spanish for “greenhouse.”In turn, Casa Verde has invested $10 million into Eaze, a marijuana delivery service.advertisement | advertise on newsdaySnoop Dogg and other deep-pocketed celebrities investing in the industry are paving the way for broader acceptance, advocates argue.”They’re helping to legitimize marijuana,” said Cheryl Shuman, founder of the Beverly Hills Cannabis Club. “Marijuana is fast becoming cool and glamorous.”Some 26 states and Washington, D.C., ha