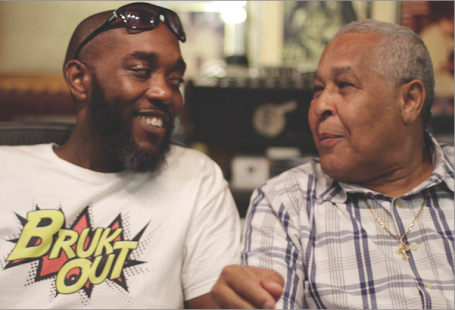 THERE IS simply no other place on earth like Jamaica. For an island that is so small in size, the impact and stature of the place and what it has given to the world and popular culture is immense. I write this on my journey back to the UK after spending nine days on the island.

A mixture of work and even more work, the time simply flew by. The energy that is created there is infectious, and each time I visit professionally, it fuels a desire to come back to the UK and up my game even more. That is a magical feeling to have.

For the past few years, my colleagues and I at BBC 1Xtra have made an annual pilgrimage to Jamaica to report and reflect on the scene out there. This culminates in a series of programmes aired across the network, and serves as a reminder (if it is needed) of the level of creativity that is on offer.

Last year, I put together a special old school session at Big Yard studios that featured Eek A Mouse, Burro Banton and Peter Metro. This did incredibly well, notching up more than 1.5 million views globally, and paying the rightful respect to those who paved the way for generations to follow. It was also refreshing to see how far and wide this video had reached, with so many people from around the world getting in touch with me to comment on how much they had enjoyed it. 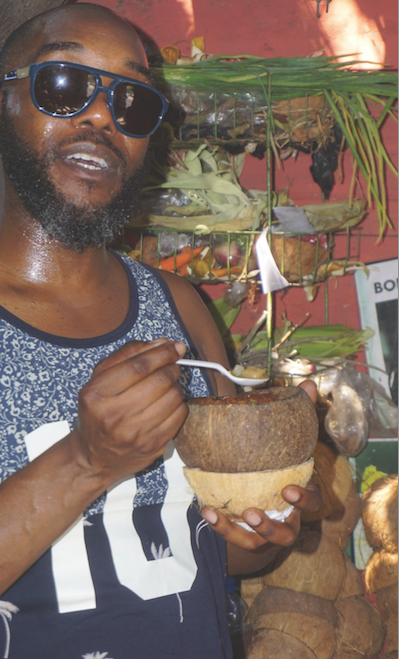 CHILLIN: Enjoying some sip whilst in Jamaica

My ambition this year was to show that what happens in Jamaica is the day-to-day culture and not just about music and big tunes. I was keen to speak to as many players in the industry to show how all the dots connect: the DJs, producers, artists, dancers, radio and TV personalities who all have an equal role to play.
Without one, dancehall and reggae as we know it would not be the same.

The most surreal moment on this trip had to be my visit to the legendary King Jammy’s studio in St Lucia Rd, Waterhouse to record a session. Upon arrival, veteran DJs Lieutenant Stichie and Josey Wales were deep in conversation about religion on the corner.

Beenie Man was dipping in and out and adding his opinion, in typical Beenie style. Johnny Osbourne suddenly turns up, the local peanut man rode pass with his whistling bike and, of course, the local police (fully armed) rolled by, which was slightly nerve-racking.

All this with the man himself, Jammy. It was all too good to be true, so I treated my Facebook family to a live stream whilst this went on for more than an hour. It was a normal night for them on the Jammy’s corner.
To say I love Jamaica is a massive under statement. I partied more than I would ever back home, but worked
just as hard. What you have to understand is that partying in Jamaica for some people is their work.

Seven nights a week, three parties per night is how many dancers we all know and love have to roll. It’s necessary to have your face seen. Now you tell me that isn’t work. This is how they stay relevant in an ever-changing scene. Nowhere in the world could I go an experience such hardship, but hope and drive at the same time.

Some may think that dancehall has been kidnapped from Jamaica and has been reshaped and moulded for the mainstream. As they say in Jamaica, ‘mek dem tan deh!’. The brand of dancehall I just experienced is
unique and fresh and cannot be replicated any- where else in the world – definitely not for now, anyway.

Expect more from my trip on these pages in the weeks to come, but in the meantime, check out my Instagram feed – @seanibremix – for pictures and videos of what went down…