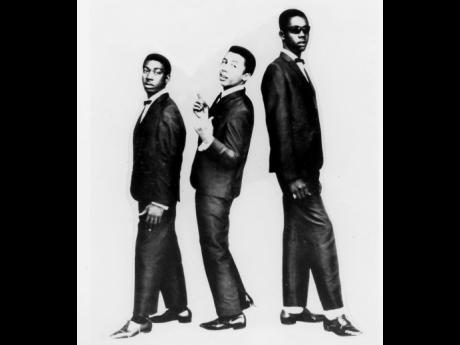 Reggae music began in 1968 with Nanny Goat (Larry Marshall and Alvin Leslie), Bangarang (Stranger Cole and Lester Sterling), Baby Why (the Cables), and No More Heartaches (the Beltones), leading the way. Dennis Brown had just turned 11 at the time, while Bob Marley was a relatively unknown, having just laid his foundation with producers Leslie Kong, Clement Dodd, and Lee ‘Scratch’ Perry.

The two late recording artistes are perhaps more central to Reggae Month than any other. Eight classic albums by Marley, one of which (Exodus), voted album of the century, along with the cut One Love (song of the millennium), helped to push reggae to the pinnacle of popular music. Brown, in the meantime, created an international impact with several of his albums reaching overseas charts, while becoming the most in demand artiste for overseas engagements in the 1970s and 1980s.

Marley’s first set of recordings were done in 1962 for producer Leslie Kong. The first of the batch, Judge Not, signalled the type of mettle he was made of as he sang along with the Drumbago All Stars to a ska beat:

“Who are you to judge me and the life that I live?

I know that I’m not perfect

And that I don’t claim to be

So before you point your fingers

Be sure your hands are clean.”

The solo piece didn’t make much of an impact. Marley was more interested in group singing, and shortly after put together a quintet, calling themselves, The Wailing Wailers. After intensive and sustained coaching by veteran singer Joe Higgs in Trench Town, where Marley lived with his mother from about age 10, Neville Livingston (also known as Bunny Wailer), Winston McIntosh (also known as Peter Tosh), Junior Braithwaite, Marley, and a lone female, Beverley Kelso, decided to do some recordings.

On a fate-deciding Monday in late 1963, the quintet, after auditioning the previous weekend, entered the gates of Studio 1 with four songs: I Don’t Want Your Love, How Many Time, Straight And Narrow Way, and Simmer Down. The latter song, led by Marley, was the first to be recorded. It became a massive hit in Jamaica in early 1964 and incontrovertibly brought Marley to public attention. It’s catchy lyrics, laced with Jamaican nursery rhymes, urged the unruly youth to:

“Simmer down, control your temper

And when him de near, you must beware.” 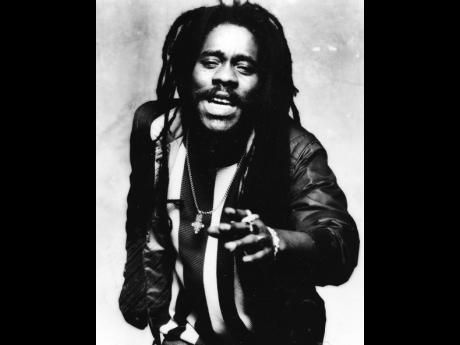 Some four years later, 11-year old Dennis Brown was spotted by Derrick Harriott – a vocalist with some 12 years’ experience. Observing the youngster’s zest to record, Harriott took him into studio to do a song called Obsession. Initially, it was not released. Harriott later gave Brown a Van Dyke original – No Man Is An Island to rehearse for recording, but in the midst of the arrangement, Harriott unavoidably had to leave the island. The production responsibilities were passed to Clement Dodd at Studio 1, and the result was Brown’s first release and first hit in 1969.

By the time Brown released his first album with the same name in 1969, reggae music was firmly established in Jamaica. The Wailing Wailers, who were earlier reduced to a trio of Bob, Peter, and Bunny and now known as Bob Marley and The Wailers, had done their own production on songs like Bend Down Low, Stir It Up, Thank You Lord, Bus Them Shut, Don’t Rock My Boat, Mellow Mood and Hypocrites, which musicologists have numbered among Marley’s finest works.

Trench Town Rock, done on their own Tuff Gong label, became a number-one song and stayed on the charts for eight weeks in 1971. In the recording, Marley emphasised the point that music is one thing that can hit you hard and yet you feel no pain. The Lee Perry-produced Small Axe, Duppy Conqueror, African Herbsman, Kaya, and others, proved extremely crucial to Marley’s future development as they represented a blueprint of his future years with Island Records.

Dennis Brown’s Obsession, mentioned earlier as his first studio work, was reworked in 1970 for producer Harriott under the new title Lips Of Wine.

“Obsession wasn’t catchy enough, and since the punchline – Lips of Wine – seemed more commercial, I decided to go along with it,” Harriott explained to me in an interview. It became Brown’s second big hit, following No Man Is An Island.

Brown went on to record for producers Niney the Observer, Lloyd the Matador, Prince Buster, Phil Pratt, and most important, Joe Gibbs, whose body of works not only made Brown an international star, but helped to place reggae firmly on the international music map.

The foundation laid by the two music icons, along with February being their birth month, can truly be said to be the main motivating factors in designating February as Reggae Month.

Reggae month was chosen to highlight and celebrate the impact of the musical genre of reggae on the country’s social, cultural, and economic development, along with promoting the music industry and culture in Jamaica, thereby significantly contributing to national development. A directive was also sent to the relevant bodies in the diaspora and the international community to follow suit by organizing similar events to those in Jamaica in honor of the month.