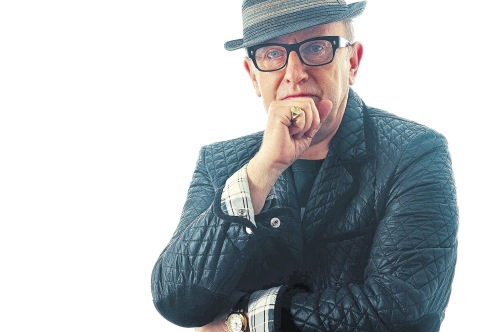 IF buyers of David Rodigan’s upcoming autobiography are sniffing for drama, they will be disappointed. Indeed, the famed British Disc Jockey/sound system selector says, “It’s a honest and frank story about my journey.”

Rodigan’s tome, My Life In Reggae, is scheduled for release in March. It traces his ties to Jamaican music and culture, going back to his youth in the 1960s.

Rodigan first worked as a broadcaster on the British Broadcasting Corporation (BBC) in 1978. He has endeared himself to reggae fans globally through his work on different radio stations and in clashes with Jamaican sound systems.

The 65-year-old Rodigan hosts the Rodigan show on BBC Radio 1Xtra Sundays. He was in Jamaica recently with a team from that radio station for interviews with leading music industry players.

He told the Jamaica Observer he was encouraged to write the book, and produce a bio-documentary, by a famous artiste.“Damian Marley and I were at an after-party at a pub in Buxton following the Notting Hill Carnival three years ago, and he said, ‘You need to write a book, you need to make this heritage connect. You need to write this story and a film too’,” Rodigan recalled.

Rodigan’s link with Jamaican music covers its most exciting periods in Britain — the 1960s when ska and rocksteady fascinated white British youth; the 1970s roots reggae explosion and its impact on militant black Britons; and the 1980s, a time when computerised dancehall rocked London’s clubs.

German-born Rodigan has fond memories of his first time in Jamaica.

“It was January 1979…I met King Tubbys, Prince Jammys, Joe Gibbs went to Randy’s: I saw how they recorded at Channel One. I got to meet my heroes…it was a special period,” he said.