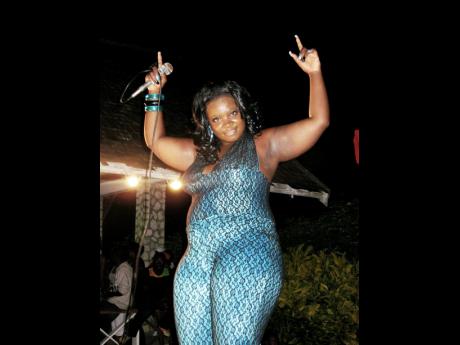 The record tackles the recent violence against women. But Pamputtae also revealed that she was once in an abusive relationship which she endured for a long time, due to love and the tempting allure of make up sex which usually follows abuse.

“I am speaking up against abusive relationships and violence against women overall. I have got beating before and to be honest, women tend to go back to abusive men because they are in love and of course the make-up sex,” she said. “But there comes a time when women must draw the line and punish these men.”

The deejay also said she decided to dabble with the reggae genre to silence her critics who assume that she is one dimensional.

“I have got a lot of backlash from people who say that I only do slack songs. However this song shows that I am versatile … this is not the usual Pamputtae, this is Eveana Henry and people can look out for more of this side of my talent. Everybody used to the ‘ray ray’ side of me, so I have flipped the script and I am very proud of this record,” she said.

Stop It was produced by Buck Town Production. The artiste also used the opportunity to encourage Jamaicans to support positive music.

“The message is good and it is coming from a hardcore dancehall artiste that has endured abuse and backlash. So same like how they bash me for slack music, I want them to celebrate my positive songs. As for the man dem, stop kill the woman dem for them things,” she said.