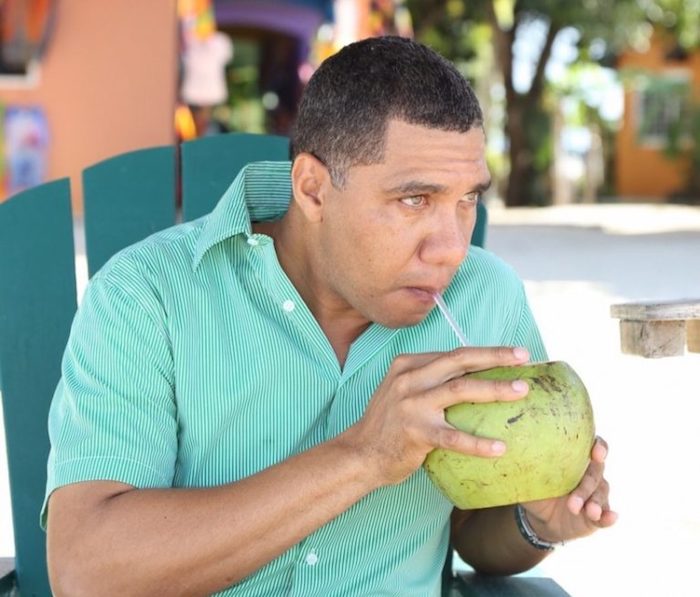 Jamaica Prime Minister Andrew Holness has weighed in on the ongoing discussion of censoring dancehall music.

The debate was ignited last week by opposition MP Lisa Hanna who called for a ban on Vybz Kartel‘s music on public airwaves. She went further to call for a total ban on any artist who has been convicted of a crime. She received severe backlash from dancehall fans on social media prompting a police probe into some death threats from some fans.

Holness totally disagrees with Hanna, saying that censoring the arts would complete destroys creativity. The PM earned a lot of praise from the dancehall community for his stance, given that this is such a major part of our culture for decades. The music is also now gaining more mainstream recognition thanks to some big-name international artists like Rihanna and Drake putting out massive dancehall hits.

Andrew Holness also added that while he does not believe in censorship, he sees education as the solution to combat the negative side of dancehall. “If you have a high level of illiteracy or unreasonableness in the society, and people literally take what is being produced — not just as artistic content, but take it literally as their theme or anthem — then you begin to have a problem,” the PM told the Observer. “So, the solution to Jamaica is not censorship, the solution is to increase our education; our teaching has to place things in context.”

Vybz Kartel has faced a number of controversies over the last few years but still, manages to remain the most relevant deejay in dancehall. He recently won five Youth View Awards after dominating the airwaves last year. His growing success comes after being behind bars since 2011 and will be for a long time while he serves a life sentence for a murder conviction.