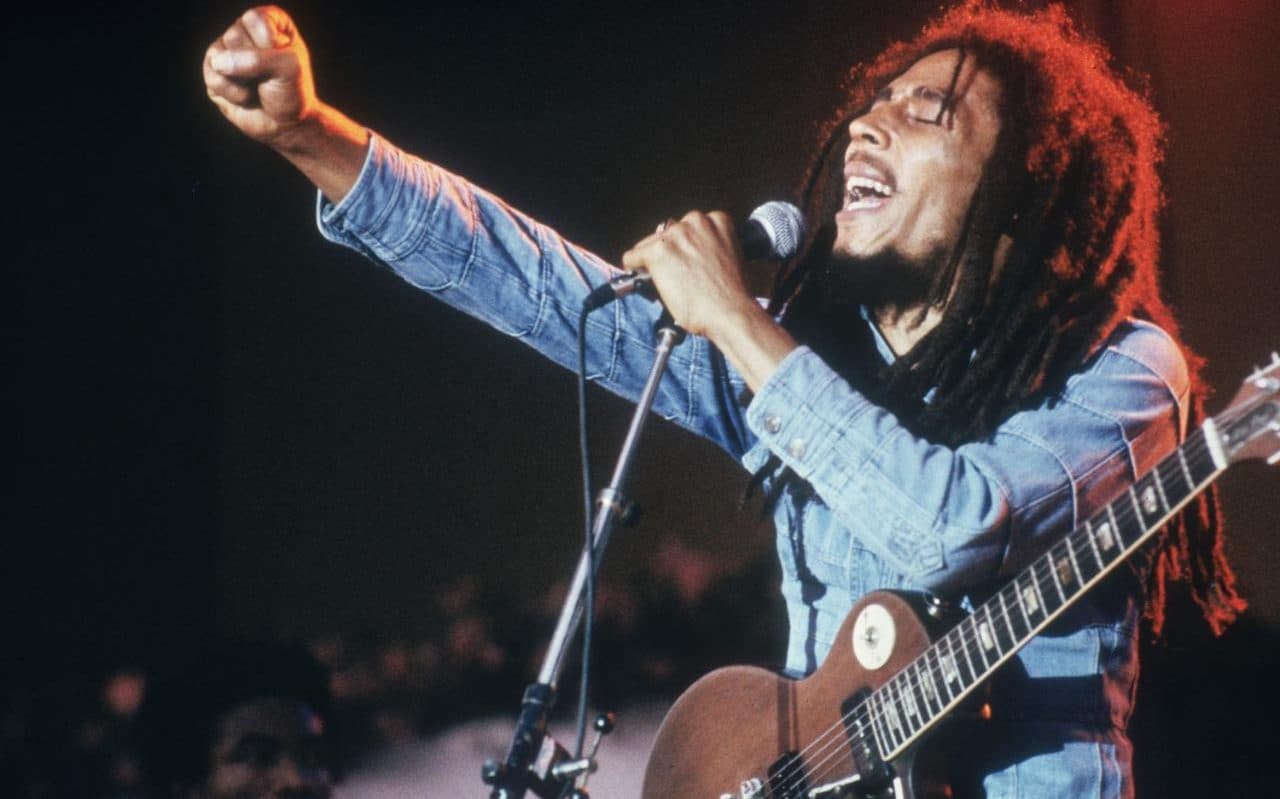 He was reggae’s first global superstar, admired by music fans around the world and revered in his Jamaican homeland as a national hero.

With dozens of greatest hits and collected works albums released since his death from cancer in 1981, at the age of 36, it was thought that Bob Marley’s back catalogue had been exhaustively mined.

But a run-down hotel in an unfashionable corner of north-west London has now thrown up a treasure trove of previously lost recordings by the legendary singer.

Thirteen reel-to-reel analogue master tapes – official high quality recordings of concerts which in some cases have only been heard previously on bootleg or inferior versions – have been discovered rotting away in the hotel’s damp basement.

It was at this modest venue in Kensal Rise – long since closed down – that Bob Marley and his band The Wailers stayed during their European tours of the mid-1970s.

The 24-track recordings, known in music circles as “The Lost Masters”, were originally thought to be damaged beyond repair by flooding and when found were covered in a sticky resin-like material.

But now, thanks to modern day technology, all but three master reels – prized by music aficionados – have been successfully cleaned and restored.

News of the discovery comes on the eve of what would have been the reggae icon’s 72nd birthday and will lead to a rush of excitement among music fans keen to listen to the treasures they contain.

The 40-year-old tapes are the original live recordings of concerts Bob Marley and the Wailers staged in London and Paris between 1974 and 1978.

The singer was then at the height of his powers and the concerts are still regarded as among the most memorable staged by any pop artist during that period.

The newly-restored tapes feature versions of some of Marley’s greatest songs, such as No Woman No Cry, Jamming, Exodus and I Shot The Sheriff, recorded live at the Lyceum, London, in 1975, the Hammersmith Odeon in 1976, the Rainbow in 1977, and the Pavilion de Paris the following year.

The concerts were recorded on the only mobile 24 track studio vehicle available in Britain at the time, loaned out to Bob Marley and the Wailers by The Rolling Stones.

But they were only discovered and rescued from the scrap heap by pure chance when Joe Gatt, a businessman and long-time Marley fan, took a phone call from a friend.

“I received a call from a friend telling me that he was doing a building refuse clearance that included some old discarded 2” tapes from the 1970s,” he said. “Being a big music fan, who ironically, was actually in the audience for those historic Lyceum Marley dates, I couldn’t just standby and let these objects, damaged or not, simply be destroyed … so I asked him not to throw them away.”

Mr Gatt, from Bermondsey, southeast London, passed the master recordings to his business partner, Louis Hoover, himself a jazz singer.

Mr Hoover, who is a regular headliner at the legendary jazz venue Ronnie Scott’s and has played sell-out shows in Las Vegas and the Royal Albert Hall, told The Telegraph: “When Joe filled me in on the situation, I was speechless. It was quite comical looking back, as Joe was so cool and matter of fact about rescuing these global artefacts, that I did a double take and actually had to stop the car, to check that I had heard him correctly.

“When I saw the labels and footnotes on the tapes, I could not believe my eyes, but then when I saw how severely water damaged they were, it was gut wrenching. There was literally plasticised gunk oozing from every inch, and in truth, saving the sound quality of the recordings looked like a hopeless task”.

Using his contacts in the music industry, Mr Hoover set about finding a way of bringing the tapes back to life.

A studio owner in Enfield, north London, pointed the two friends in the direction of sound technician specialist Martin Nichols.

The signs were not good. Some of the tapes were marked ‘DAMAGED – DO NOT PLAY’ and others were labelled ‘Damaged in centre tracks, cannot remove from spool, without further damage being caused (to both tape and machine)!’

But there were also tantalising clues to what magic lay beneath the layers of dirt and decay.

Scrawled in red pen on one tape read: “No Woman No Cry, Kinky Reggae, Natty Dread” – three of Marley’s most compelling songs, and dated “17/7/75 Lyceum London”.

Marley spent long periods in London during the Seventies, recording and finding a new source of inspiration for his music among both the capital’s black community and its thriving music scene. In Kinky Reggae he sings of visiting Piccadilly and Soho and his shows were regarded as pivotal in boosting the self-image of young British Afro-Caribbeans.

Mr Gatt and Mr Hoover took the damaged tapes to Mr Nichols at White House Studios, in Weston-super-Mare, where he succeeded in painstakingly restoring them to their former glory.

The project took nearly a year, as each tape was delicately and meticulously cleaned.

Mr Nichols said: “When I saw the tapes originally, I should’ve turned round and said, ‘No thank you’. They were covered in mould, looked really tatty and had clearly suffered a lot of water damage.

“This was without doubt, one of the most difficult projects I have ever tackled. It was a real labour of love.

He added: “If I had tried to play them in that state they would have been completely destroyed and lost forever. They really were in such appalling condition they should have been binned, but I spent hours on hours, inch by inch painstakingly cleaning all the gunge off until they were ready for a process called ‘baking’, to allow them to be played safely.

“The end result has really surprised me, because as they are now in a digital format and are very high quality, it shows the original recordings were very professionally made. From the current find of 13 tapes, 10were restored, two were blank and one was damaged beyond repair”.

Mr Hoover, who spent £25,000 on paying for the tapes’ restoration, added. “The tension and expectancy while Martin worked his magic over that long 12 months, was excruciating.”

He said that when Mr Nichols finally played them the restored tapes the results were better than they could have ever wished for.

“We were immediately transported back in time,” said Mr Hoover, who was at the Lyceum show, a version of which was released as the album LIVE. “We were back in the Lyceum again with Bob Marley and The Wailers on stage … just for us! It made the hair on the back of our necks stand up and genuine shivers ran up our spines with joy. The experience was comparable to finding Van Gogh’s easel, paint pallet and paints in an old room somewhere, then Vincent emerges through a secret door to paint 26 of his finest masterpieces … purely for us!”

Mr Gatt, who also attended the Lyceum show, says the lost tapes throw new light on Marley’s ability to make his audience feel part of a special musical communion. It is hoped that at some stage they will be released in vinyl, download and CD versions.

“It’s truly magical and hearing the way he engages with the crowd and the audience all responding right back is really something very special,” he said. “I was lucky to be there first time round, purely by chance, on a friend’s spare ticket. I’m even luckier to have been part of this salvation process.

“For us, just saving this magnificent music is what matters most of all.”