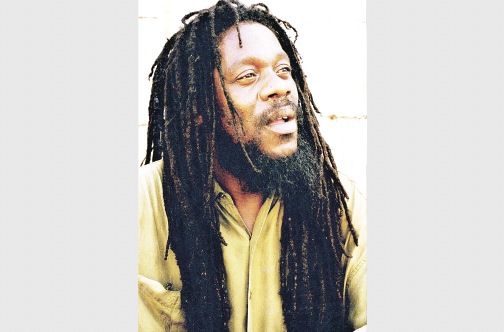 THE music of reggae’s late Crown Prince, Dennis Emmanuel Brown, comes to life inside Mandela Park in Half-Way-Tree this evening. Showtime is slated for 6:30 pm and is free to the public.

The concert, hosted by the Jamaica Reggae Industry Association (JaRIA), is part of its weekly series Reggae Wednesdays. One of the activities in celebration of Reggae Month, the weekly series is aimed at showcasing various aspects of Jamaican music.

According to chairman of JaRIA, Ibo Cooper, the event will seek to entertain and educate Jamaicans.

“Reggae Month was established eight years ago to pay homage to our music, and JaRIA has been charged with executing the events on behalf of the Government. The month of February was chosen as, among other things, it is the birth month of reggae greats such as Dennis Brown and Bob Marley. We are very proud to open Reggae Wednesday on Dennis Brown’s birthday — February 1, with a show featuring his music. We are also very pleased with this event which brings the music to the people. In the early years, we were at the Edna Manley College, then we moved to Emancipation Park, then it was Ranny Williams Entertainment Centre and now we are centrally located in the heart of Half-Way-Tree, giving more people access to the music,” Cooper told the Jamaica Observer.

The concert, dubbed Di Root, features a line-up of acts including Christopher Martin, Warrior King, Jah9, Christopher Ellis, Prophecy, D Major, Lymie Murray and Skalareg. Dennis Brown’s daughter Marla Brown is also expected to pay tribute to her dad which will be complemented by a special appearance of Freddie McGregor, a close friend of the Crown Prince.

The artistes will be backed by Lloyd Parks and Warrior Love bands. Each artiste will celebrate the Crown Prince with songs from his extensive catalogue, along with songs of their own.

Other JaRIA-organised events include Reggae Open University — a forum to discuss all matters reggae-related. This will be held at the University of Technology and the Edna Manley College of the Visual and Performing Arts on Tuesdays and Thursdays. Among the matters up for discussion are concerns in the industry including immigration, publishing and payola as well as celebrating reggae’s impact on the world of fashion and the role of the industry within the context of the creative city of music status.