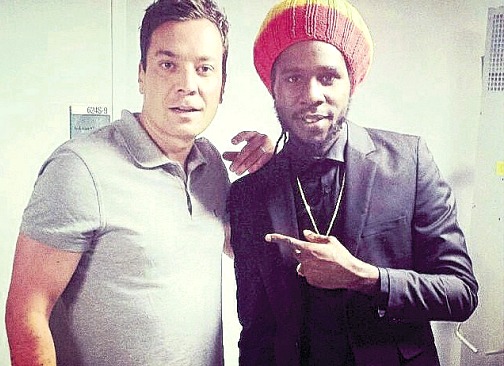 The artiste, whose given name is Jamar McNaughton, is no stranger to the Jimmy Fallon hosted show, as he made his first appearance almost two years ago.

His appearance went viral and according to the Billboard charts in 2014, Chronixx, after performing his hit song “Here Comes Trouble”, had a registered 12,000 downloads moving from 1,000 in mere days.

This, along with a subsequent performance at Central Park, had earned him the number two position on the Digital Reggae Singles chart.