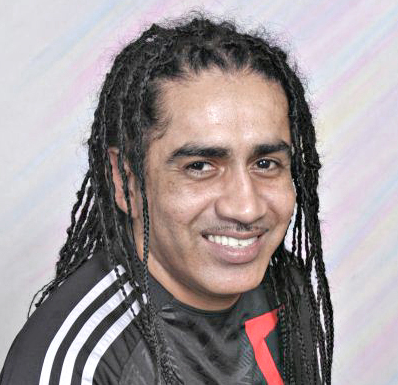 AS A youngster, I was music mad. One of the elements I had a particular affinity to was sound system culture, and the incredible art of holding a captive audience with a unique blend of selecting skills, entertaining the masses and building a vibe to an incredible point.

Without doubt one of the greatest practitioners of this was Rory Gilligan, the man synonymous with the legendary Stone Love sound. “I was actually born in south London in a family of four. As the first generation of British born kids to Jamaican parents we were poor and my mum worked 24/7, so me and my siblings really looked after ourselves”, Rory tells me.

He continued: “My love for music came from being around house parties as a pickney – it was pure Jim Reeves, Brook Benton and that kinda thing. “The music went from that to Ska, to rock steady to reggae then roots – England had a very pro black phase in the seventies.”

His recollections of the era come with a huge sense of pride. It’s the kind of passion that many would say is missing from elements of the scene today. “I remember seeing albums by people like Big Youth, Bob Marley and these Jamaican stars – it was unique to have someone black that we could look up to – we had no black studies at school. “The music was our history lessons and gave us the knowledge of our history – we didn’t have any black documentaries on TV in those days.”

As we continue to speak I get the sense that Rory feels like he can express himself and his opinions of his experiences without fear of contradiction. This is someone who has been there, done it and is still here to tell the tales and I feel very fortunate to be in a position to absorb these thoughts.

Young Rory moved to Jamaica during the infamous heightened Jamaican elections and the problems that they brought. The cultural differences to south London hit home immediately. “When I first saw a Jamai- can sound system I thought “Bloodcl***! I was 14, and used to sneak out of the window to go to dances which featured sounds like Stur Gav and Jack Ruby in Constant Spring and used to see all the superstars there. The street lights used to dim because of the amount of current that the sounds would draw out!”

By the early ‘80’s the DJ passion had grown. Rory had his own burgeoning set up and was learning his craft. “None of our equipment matched – it was all different pieces but we worked hard to master what we did. “In those days you had to do everything yourself from making up the wires, stringing up the sound, building the boxes – everything. The innocence of the time made it special.”

So how did the alliance with Stone Love come about? “Me and my sound played alongside Wee-Pow from Stone Love and we showed what we could do. He was impressed and afterwards suggested that we should join forces and had a vision for what we could achieve.

“There were a lot of big sounds at that time and we played downtown Kingston but nobody wanted to hear us. We played to no-one. “Those times helped me to improve as a DJ – you learn how to try different things and gradually improve. In those days you couldn’t repeat a tune that an- other DJ had just played – you had to learn how to select.”

The different methods of selecting were about to have a new category added to the list. In came the “juggling” style, and it was definitely a game changer. “When Sleng Teng came about and also Tenor Saw Ring The Alarm I started to experiment with playing the verse and chorus then chopping to the next tune. After a while I came up with the term “Juggling”, and Stone Love were a juggling sound.” It’s amazing to know that this man was the one who coined the phrase which is used as second nature these days.

So with Jamaica fully on board it was time to spread the Stone Love wings. “We went to Japan in the mid 80’s and were like superstars. When we got to the airport we had people waiting to see us. They paid us with brand new US dollars – the money was nice.

“After that we met a UK promoter, Anthony Brightly, who took us to England. We played pure specials all night. The next stop was America in ’89, at the Biltmore Ballroom – I didn’t really like it – it was just like the film ‘New Jack City’. We had Shabba and Ninjaman on that show.”

The positive global reaction to Stone Love put the members on a different level to other sounds.
“We were the first selector superstars”, he says, “When we walk in the crowd followed… when we drop the mic, crowd walk out with us. No other sound could do that, we had the bragging rights for those powers there”.

However, one of the issues with being at the very top is that there isn’t many places you can go to elevate yourself – a problem Stone Love faced in the late ‘90’s. “We had done virtually everything we wanted to do – we had the acclaim, we had the trappings of success and I just couldn’t see another level that we needed to reach – there was nothing else to conquer. At that point I just walked away from it and left Stone Love to Wee-Pow and the other members.”

During this period he travelled around Jamaica and the world but he admits his heart wasn’t in the music business. A chance meeting with another selector, Tony Matterhorn, led him to the next phase of his career.

“Matterhorn showed me a new piece of technology which made it easier to record and meant that you were also more able to record portably without being restricted to high cost studios. This gave the new challenge I needed and the vibe to move forward and start building riddims and make them sound how I felt they needed to be in order to connect to the dance- hall masses”

Source: This is BrukOut! Seani B talks to Stone Love’s Rory Gilligan | The Voice Online