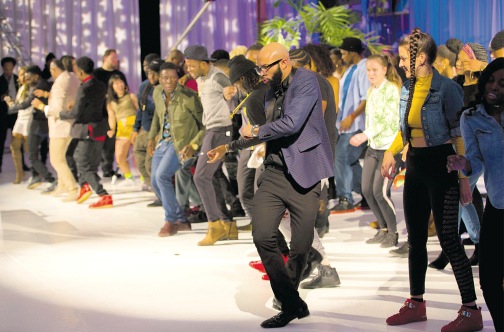 JAMAICAN reggae acts will be given a global audience thanks to a new television dance show called International Reggae Train. The show, which is similar to the once-popular Soul Train series, will feature live performances and dancers.

In an exclusive interview with the Jamaica Observer, show producer Donovan Heslop, who is also the owner of the International Reggae Train LLC, spoke about the concept.

“The concept is to create a show around Afro/Caribbean poly-rhythms with reggae as the driving force. The show is reminiscent of music shows that were very popular here in the US but would have an immediate global appeal. International Reggae Train will primarily feature live performances by international reggae artistes and incorporate the stylised dances created specifically around reggae,” said Heslop.

“There was a need for this show because it’s an idea whose time has come. Reggae has influenced pop, hip hop, reggaeton, and dancehall music genres, and yet impact in the mainstream has been minimal.”

The producer said he hopes to capture a wide demographic of viewers.

“The demographic stretches across a wide age range and ethnicity, as was seen by the presence of a six-year-old Caucasian child who was a part of the dancers on the show,” Heslop shared.

The show will be hosted by Jamaican recorder producer Wayne Jobson. It is understood that the show will air on US mainstream outlets. But Heslop was guarded when asked for details.

“The outlets and platforms are a part of secret negotiations at present and cannot be commented on,” he said.

Heslop spoke about the objectives of the show.

“The value is to create a high-level engagement with reggae music from a live performance and dance perspectives. Music is the food of love, and dance is the breath of life made visible. The culture of Jamaican/Caribbean and African ancestry will be highlighted in a marketable manner to an international audience through the music, food, fashion, and comedy.”