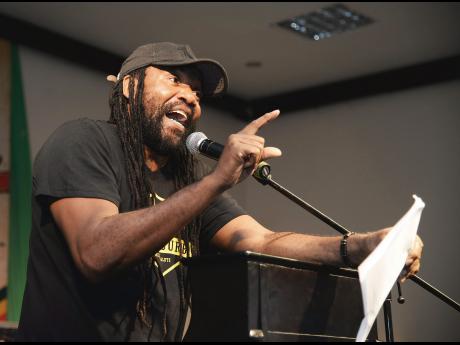 Below the performers’ images, there is a double row of sponsors’ logos on the official flyer for Rebel Salute 2017. Despite the number, the Organic H.E.A.R.T. group of companies, organiser and main financial sponsor of the annual event, believes that the two-day event deserves more corporate support.

And Tony Rebel, whose birthday the event celebrates, is visibly angry about some of the missing entities. Rebel Salute 2017 takes place at Grizzly’s Plantation Cove, Priory, St Ann, on Friday, January 13, and Saturday, January 14.

“We thank all the people who have supported us over the years. They are one aspect of this game that keep us in the game,” he said. “And we want to challenge some organizations who preach and say they want this place to be conducive for them to do business and to live and raise children and all of that. The characteristics of a Rebel Salute is something that would go in tandem with that, and they would not want to support what we are doing, but we see them support all sort of foolishness. Then we a say it is such an irony. But I guess time will tell and history will count who blessed and it will curse who it supposed to curse.” 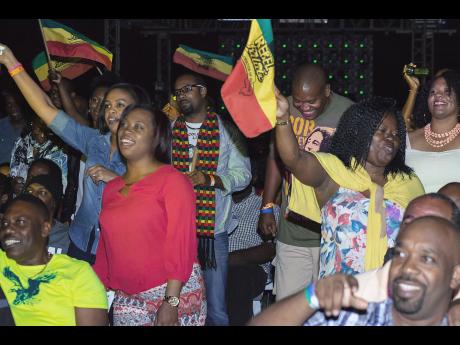 Jayudah Barrett, co-organiser of Rebel Salute, said, “You have companies you think would align so well with a Rebel Salute brand and you would approach them, but for one reason or the other, they choose not to sponsor Rebel Salute and they choose to sponsor other events, you are like, How come?.”

The Gleaner asked if there is any business sector which comes in for specific query and Tony Rebel says emphatically “money transfer companies! That’s just one of them.” And Barrett adds “and natural juices too”. Rebel points out that 38 per cent of Rebel Salute’s patronage comes from overseas (that figure coming from a Jamaica Tourist Board (JTB) survey at the tail end of Salute’s Port Kaiser, St Elizabeth years before moving to St Ann in 2013). “And that has increased tremendously. We are saying, if you are doing business abroad and we can get these people to come here, our brand is certainly awakening people in your territory that you are doing business. Why would you refuse – not to give us anything; we have a brand that you can use.”

Although there has been a decriminalization of marijuana in quantities of two ounces and under and Rebel Salute received a ganja exemption last year, when it staged the Herb Curb for the first time, Rebel said when the festival approaches companies, “Nuff a them ask we about ganja and all these stuff. A lot of people are just the same people like who used to live when Bob Marley was around who disrespected him and called him dutty Rasta and little after that they start bow down and say the man was a prophet.”

“Because people ask me ‘What about the smoking?’, people still have that stigma, but I want to challenge people to come to Rebel Salute and stop stay home or talk to your friend and judge it by the preconceived notions or things that you hear. You need to come and witness it, and if you don’t like it, you don’t come back. You don’t need to stay in Jamaica and let people all over the world know about Rebel Salute and what it stands for and all its values and you are in Jamaica and talking about is a ganja-smoking thing. We have the Herb Curb that is so far, the venue is so huge. Somebody can be over that side and you don’t see them for the whole night. We need Jamaicans to stop the foolishness and support your own. Don’t look at Tony Rebel. Tony Rebel is just the custodian, and we give thanks for that. But this cultural masterpiece that we have here is more that what you people are thinking.”

Barrett said, “The companies that have the natural juices, you know, can move in Rebel Salute. It is so tedious and complicated to deal with them, even just to get a response to a request. And when you look at it, you see them elsewhere, and where they are, they are taking the natural juice and supplementing it … alcohol and those things. That is what they are interested in. They are not interested in just selling the raw orange juice or the raw fruit punch that they can sell to over 10,000 persons in one space over a two-day period. They want to go to a little party where it lasts for four hours and you add some rum to it or whatever.”

“And we are saying it is such a serious double standard,” Tony Rebel added. 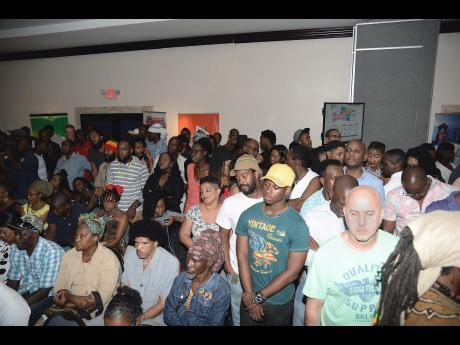 Money transfer and natural juice companies are not the only ones issue is taken with, as Rebel also singles out companies dealing with indigenous Jamaican products.

“We get sponsorship, but sponsorship for us is not you come give us your money. We have a brand that Jamaican people love. The numbers show that. The numbers of the people that fly in for Rebel Salute is an indication. I mean, if you invest in this brand, there must be some beneficial result for you … We want for you to invest, and we need for you to get something on your investment,” Rebel said.

In getting that return, he raised the potential sales – for products compatible with Rebel Salute’s brand – inside the venue from an attendance of 10,000 or more people. However, there is one company in particular which does not have to come into the venue or sponsor the event to benefit from the Rebel Salute audience, which the organizers take issue with.

Rebel said, “You know what we see happen, too? Like certain phone companies, they don’t support the thing, but they want to set up cell sites to gain from all the people that we are gathering at the place. And they must stop that. They must support the thing. Because they know that we are going to have a crowd and people are going to use their phone, so they making sure they want come set cell sites there so they can get good reception,” Rebel said.