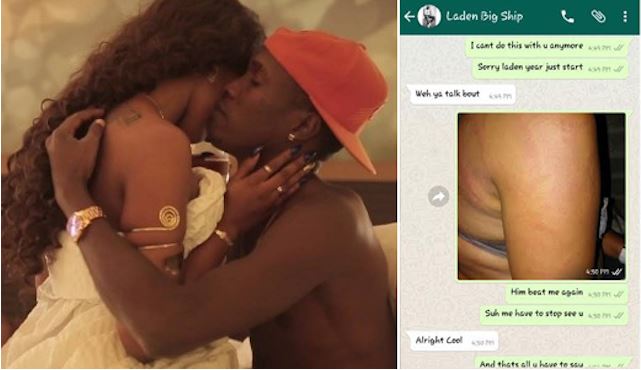 Dancehall artiste Laden is once again center stage in the media spotlight after it was revealed that a woman was beaten by her lover on News Years Day for allegedly cheating on him with the entertainer.The incident which occurred recently sees the woman pleading to the “Time To Shine” deejay stating.

“I can’t do this with u anymore … sorry Laden the year just start” to which the artiste responded, “weh yuh a talk bout” she replied “him beat me again .. suh me have to stop see u“

Laden has since responded with a song titled “No Shame” produced by College Boiz production, speaking on the incident.

Listen “No Shame” song Below…