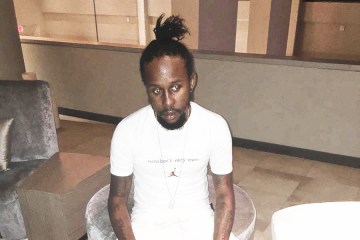 The commercial was recently premiered on Michael Jordan’s official Instagram page, which carries 9.5 million followers and features a motorcyclist dressed in the new OVO Air Jordan 12 Retro & Apparel Collection, while Popcaan’s music can be heard in the background deejaying about the brand in a Notnice-produced track.

Record producer Notnice, whose name is mentioned at the beginning of the ad, noted that business deals like the Jordan ad are a perfect example why the climate is not right for a feud with Mavado.

“These are the types of things we are looking for because Popcaan don’t need to war. A just better things wi a look forward to. This is a great accomplishment, and not just for Popcaan, but the entire genre of dancehall. Michael Jordan could have linked with Jay-Z, Rihanna, or anybody, but them link Popcaan, even thought the link still came through Drake,” he said.

Notnice also hinted that even bigger news would be revealed in weeks to come regarding Popcaan.

The ad was produced by E5 records, also responsible for Popcaan singles like “Bad Inna Real Life” and “Nah Idle.”

Michael Jordan is basketball’s first billionaire player and is also regarded by many as the greatest of all time.