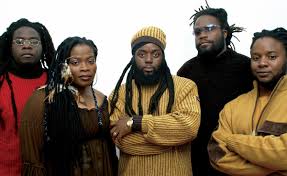 Visiting Reggae outfit Morgan Heritage have paid tribute to President Mugabe, describing him as an icon who deserves to be respected for what he has done for Zimbabwe and Africa. Morgan Heritage was billed to perform at the Harare International Conference Centre last night in a concert dubbed “the African Roots Tour”.Band member Memmalatel “Mr. Mojo” Morgan told Star FM radio’s Godfather Templeman on Friday night that the West portrayed an image of an archaic Zimbabwe, yet the country had developed in just 36 years of Independence.Mojo said, “I want to let the people of Zimbabwe know because I see some getting alarmed because we salute Mugabe.
‘‘Let’s go back 36 years, he is the same man (who) brought Independence with a slew of other people with him right, and this is the history.
“We are not mixing up politics here.… we are guests in this country, so how rude that would be for us to come here and disrespect the people of this country because some of the people in the country are not happy with him?
“We don’t know the full story. Whether some people like it or not, President Mugabe is the Head of State of Zimbabwe. We have gone everywhere in the streets and I didn’t see people holding guns and saying ‘love Mugabe’.’’
He continued: “It’s not about us agreeing with his policies or not, it’s about us paying respect to the Head of State and we have not even had the pleasure to meet with the man.
“Mugabe is an icon whether you guys want to believe it or not. I was born in America and grew up in America where I saw one white president after the other, one white governor after the other and you are in Africa with an African leader.’’
Morgan Heritage, affectionately known as the Royal Family of Reggae, has produced conscious reggae music that cuts across generations.
The quintet comprise of the Morgan siblings Peetah (vocals),Una (keyboard/vocals), Roy “Gramps” (keyboard/vocals), Nakhamyah “Lukes” (rhythm guitar) and “Mr Mojo” (percussion/vocals.
They are the sons and daughter of the seemingly ageless reggae crooner Denroy Morgan, who continues to release songs.
Una is, however, missing from the Zimbabwe tour as she is still recovering from a heart attack she suffered on stage last year.