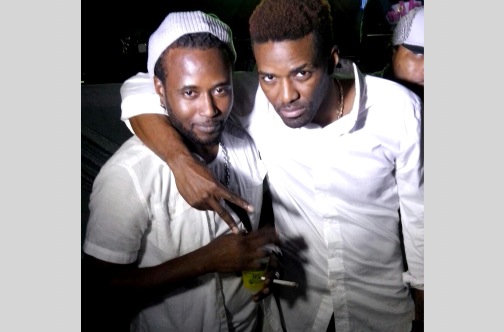 IT has been a year of peaks and valleys for singjay Konshens. On the upside, his single Bruk Off Yuh Back has been doing well and international demand for the artiste has not waned.

However, that success was overshadowed by the death of his older brother, fellow recording artiste Delus, who committed suicide in July.

Konshens, who was recently in Barbados, told the website Barbados Today that he is yet to come to terms with the tragedy. Music has helped ease the pain.

“It’s ironic, because what I do to relax is just listen to music, not just Konshens music, but I love every genre… for me to go out on a normal vibe, I like to go to dance and party, just put on a hat, no entourage, just go and stand up one side and listen to the music as a fan. Dem things get me relaxed,” he is quoted as saying.

Konshen was in Barbados following a number of shows in Europe where he performs regularly.

“I think it’s just a good song, and I think the timing and the people were hungry for a new song from me and dem just get a nice production, nice topic, nice timing, and I think the sound of it was good. It was a cross between dancehall and soca.”

Konshens said an album and mixtape are in the works. He is also pushing Wine Yuh Body and is set to release Tun Up, a single produced by Rvssian.