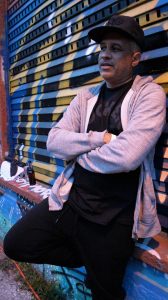 Neil Robertson baklava that for far too long Jamaican acts have been toying with the business of music and to successfully cross over into the international market they need to put their ‘business hats’ on.

“Everything comes right back to management. Once you have some momentum, what great managers do is ‘amplify’ successes of their artistes. In this time, if you know how to effectively communicate your story you can break out of any market. The information needed is there for young talent to learn how to move in this business. It’s going to take an artist, producer and management that are in step with the sound, look and feel that is working globally,” Robertson said.

Jamaican media is not to be excluded, as Robertson said “there also needs to be more consistency in what is played on the radio (locally), so songs and artistes get a chance to develop. I’m not sure how many realise that the top touring artistes out of Jamaica aren’t the ones you hear the most on the radio in Jamaica.”

Esco, who has experienced the music industry from the perspectives of artiste and producer, believes promotion has a lot to do with how much of a break through an artiste makes. “Any market you’re trying to break into, you have to have adequate means of promotion. You have to have a support team, people on the ground who can get your music into the clubs and onto the streets. There are a lot of artistes who have the potential to become big, but they do not have the support system behind them. It’s like they don’t have good management behind them who can connect the dots overseas,” Esco said.

“You also need to spend time in the market that you are hoping to break into. If the people don’t know about the artistes, then the music can’t break.”

Robertson pointed out that “the music coming from many of the entertainers in Jamaica is suffering because the artistes are not able to travel to the countries where they have the biggest market. Making appearances in these countries, doing shows, going on tours, affects the magnitude of an entertainer’s career a great deal.”

Because of the visa issues, Robertson said, sales comparisons are unfair. “Music worldwide isn’t selling anymore because of streaming and so on. It is not fair to compare sales figures from Jamaican artistes with that of their American counterparts, because these American acts have a bigger market and they have the machinery behind them to promote them on a large scale, something that Jamaican artistes struggle with. Instead of focusing on sales figures, why don’t we try and help with promoting our artistes? If their name is out there the way it needs to be sales will come,” Robertson said.