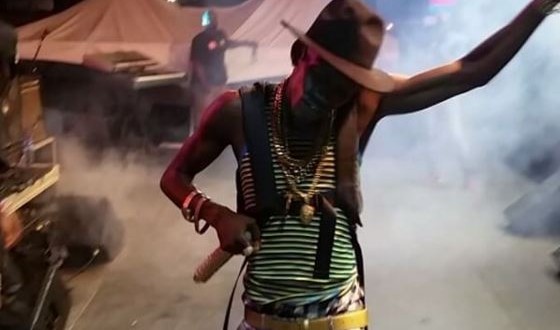 Tanto Blacks , the energetic Dancehall artiste who fell at Reggae Sumfest last month is just about the happiest man alive right now after he was issued his USA visa thus being able to travel to the states and perform.

Since he made the announcement his fans have flooded his Instagram page with congratulatory messages.

As everyone one knows it is a big deal, because having a US visa is all about being able to travel to all the places on earth. So his phone has been ringing off the hook and Tanto Blacks has been thanking God. Because since his booking Agency got the news they have been getting a lot of calls too. And sources revealed that shows have been booked, the first one will be on the 31st of August. The entertainer is looking forward to performing for his fans in the US they really want to see him perform there.

Tanto said “A we say rich, enuh. And it is not only about money, we rich with life and we rich with nuff blessings, so thank God for everything.”  He also revealed that the visa was granted early in August, but he waited until he got back his passport before he made the announcement.

It is good to see a Dancehall Artiste who has a positive message for the world. And now he will be able to travel and make his life better. We can only hope that he will do well and more upcoming artistes will be encouraged to put out good music so they can travel and earn, and they can live better lives .