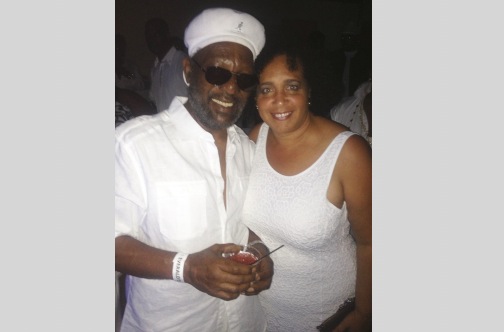 The vocal styling of former Third World lead singer, William ‘Bunny Rugs’ Clark, was part of that reggae band’s signature sound. Rugs will be posthumously awarded an Order of Distinction (officer class) by the Jamaican government for his contribution to the country’s music at King’s House on October 17.

His widow, Bouvier Clark, said he deserves the recognition.

“I feel extremely honoured. I know if Rugs were here he would see it as a great accomplishment and one of the greatest things he ever received. For Bunny, wherever he is, he’s smiling and grinning… and laughing a lot to know he’s getting honoured by his own people,” she told the Jamaica Observer from her Florida home.

Clark, a teacher, described her husband as a true professional.

“I know how much work he put in it. He worked hard and didn’t take it lightly… And he was always on time. In everything, he believed reggae music must be presented in its highest form,” she said.

Born in Manchester, Rugs replaced ‘Prilly’ Hamiltion as Third World’s lead singer in 1976. His first album with them was 96 Degrees In The Shade.

Though he sang most of Third World’s hit songs including Now That We Found Love and Try Jah Love, his widow cites his 2012 solo album Time as her favourite collection of songs. “Time was written for me. ‘That’s my gift to you’, he told me,” she said.

Rugs passed away in Florida in February 2014 of complications from leukemia.