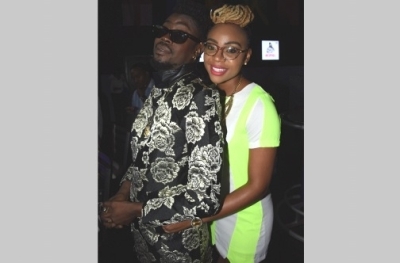 It’s been 10 years since Beenie Man, self-proclaimed King of Dancehall, released an album. But come tomorrow, the Grammy-winning deejay is dropping his latest project, Unstoppable.

The dancehall act invited the media to a special listening party held at 100 on Hope Road in St Andrew on Tuesday.

The eclectic 22-track album brings together a variety of musical styles, drawing on a range of top producers and an impressive list of collaborations.

“After being out of a contract for the past 10 years, I just sat down with my brother and decide that this is the time for me to drop an album. I went to all the major companies, but everybody trying to tie me into a contract, so I just decide to go it by myself. We look at all the producers out there and just go for the ones we think are doing things with the music. When you think about it, my name is Moses and I have many moods. That’s why on this album you will find all types of music to cater to everybody’s taste,” he said.

Beenie Man said the decision to name the album Unstoppable came after he recorded the title track with American artiste and producer Akon. After that, he pulled on his contemporaries Bounty Killer, Agent Sasco, Chris Martin, Rory Gilligan from Stone Love, and Tarrus Riley for collaborations.

Unstoppable contains hip hop influences in tracks such as Million More, which features Deebuzz and Hard2Def, as well as EDM with I’m the King by Major Lazer. We Run Road, the single which did well for him earlier this year, also made the cut.

Beenie Man could not name a favourite, but said Blue Light, featuring Bounty Killer and veteran reggae singer Tristan Palmer, was special. It is produced by Palmer Jr.

“You all know Bounty Killer is my deejay and Tristan Palmer is like my daddy, then Tristan Palmer Jr is my brother… so this was a great experience,” he stated as he introduced the track.

Unstoppable is being distributed by VP Records, who, Beenie Man said, has always been there with him throughout his 26-year career. The album is currently available on all digital platforms, including iTunes and Amazon, for pre-order.

In 2001 Beenie Man won the Grammy Award in the Best Reggae Album category for Art and Life. He was previously nominated

for The Doctor in 2000 and Many Moods of Moses the year before.