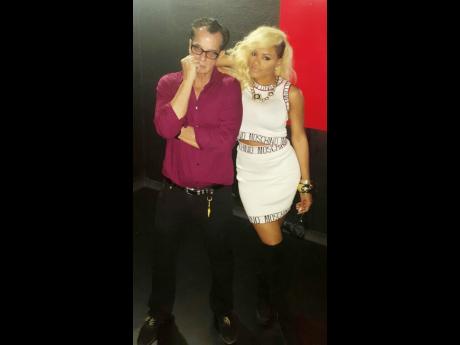 After being advertised as one of only three female performers to hit the stage on Dancehall Night of Reggae Sumfest, dancehall artiste Ishawna Smith failed to show up at the event, prompting promoters to get their lawyers involved.

According to Joe Bogdanovich, principal of Summerfest Productions, which produces Reggae Sumfest, he is unaware of why Ishawna did not turn up at the event, but he has asked his lawyers to look into the issue.

“Ishawna is legally bound to the contract. Anyone who is trying to build an impressive brand, especially internationally, would not shy away from the opportunity to be on Reggae Sumfest, which is watched by millions of persons online,” Bogdanovich told THE STAR.

He added that he was served with papers from Ishawna’s attorney signalling that she wanted to break her contract with Downsound Records for which Bogdanovich is the CEO.

“She was contracted to work Reggae Sumfest. She did not attend rehearsals, nor did she notify us that she would not be doing the show. What I will say is that Ishawna is a good artiste. She has done very well in the last few years. It’s disappointing that it has come to this,” he said.

Efforts to get a comment from Ishawna, who signed to Bogdanovich’s Downsound Records label in 2012, proved futile as several calls to her phone went unanswered.

Undeterred by Ishawna’s no-show, Bogdanovich said he is happy with the festival’s outcome.

“We didn’t let that distract us from what we had to do, which was to put on one of the best reggae shows. My lawyers are handling, it and will come to a conclusion on how to move forward,” Bogdanovich said.