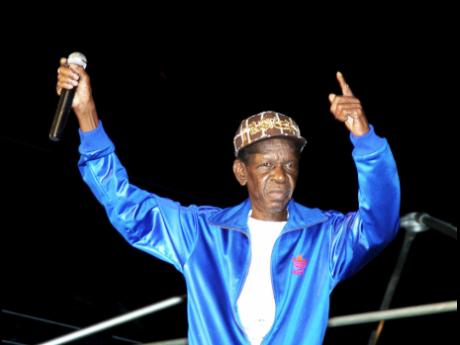 International Reggae Day 2016 saw the largest participation of cities since its inception in 1994. Speaking to Angiel Shaw, co-producer of the main event in Jamaica The 2016 International Reggae Day Conference at The Pegasus hotel on July 1, she disclosed that over 35 cities worldwide had already signalled their involvement in the annual event this year. They included New York, Honolulu, Berlin, Beijing, Miami, Fort Lauderdale, London, and Mumbai.

“It’s not only about reggae music. It’s about the whole culture, the food, the music, the arts, the fashion,” she said. Based on this new thrust, the organisers focused the main topics for discussion at the conference on Kingston as a creative city, and the impact of the new digital age.

The idea of dedicating a day in recognition of Jamaica’s reggae music was born out of Andrea Davis’ extreme passion for the arts, and reggae music in particular. Davis, who was actually attending another Reggae Day event in New York, felt that there was a lack of enthusiasm and appreciation from our people for a music that has placed Jamaica on the international music map, and, as such, thought that it deserved a full day when all we would hear is reggae music and all we would celebrate is our culture. Jamaica’s media houses were invited to dedicate July 1 to reggae music and their involvement helped to propagate the idea.

Davis’ inspiration really came following a speech by Winnie Mandela, ex-wife of the late South African President Nelson Mandela, while the two were on a visit to Jamaica in the aftermath of Nelson’s release from prison in 1993. During the speech, Mrs Mandela emphasised the inspiration that reggae music gave to the people of South Africa in their fight against apartheid. Davis, a member of Toots and the Maytals’ management team, no doubt was inspired by Mrs Mandela’s speech, and perhaps saw a vision of reggae’s impact spreading internationally through the dedication of a day to that music.

Interestingly, the rocksteady genre/beat, which was the forerunner to reggae music, is celebrating its 50th year this year, and the organisers of International Reggae Day celebrations in Jamaica saw it fit to salute that milestone at the conference. Additionally, they have endorsed the Startime stage show, which would have taken place the

But with all the euphoria associated with International Reggae Day, perhaps its success may never have been guaranteed or achieved without the indispensable role played by the pioneers of the genre back in 1968 and onwards. When Larry and Alvin executed Nanny Goat; The Cables Baby Why; Stranger Cole/Lester Sterling Bangarang; The Beltones No More Heartaches and Dennis Brown No Man is an Island, between 1968 and 1969, they represented some of the earliest pieces that helped to lay the foundation on which Jamaica’s reggae music was built.

The musicians (players of instruments) cannot be overlooked as they, more than the singers, were responsible for the shift in the beat from rocksteady to reggae. In this regard ,Winston Wright and Jackie Mittoo (keyboard), Winston Grennan, Joe Isaacs and Hugh Malcolm (drum), Jackie Jackson and Boris Gardiner (bass), Johnny Moore and Bobby Ellis (horns), and Gladstone Anderson (piano) were most prominent. It would, however, appear that the creation of the reggae beat was more of a spontaneous happening than a direct or concerted effort by musicians to change the beat. Discussions I’ve had with musicians, singers and

producers who were close to the action indicate that it was a period of widespread experimentation with the existing rocksteady beat, which was mainly born out of the proclivity of some musicians to embark on something that was livelier and more exciting. Saxophonist Lester Sterling was upstairs Duke Reid’s studio in 1968 along with producer Bunny Lee, experimenting with a foreign instrumental piece called Bongo Chant. In the absence of one of the key musicians, singer Stranger Cole was asked to add some lyrics and the result was the transformation of Bongo Chant into Bangarang one of the earliest and most popular reggae

Clancy Eccles laid a very strong claim to establishing the genre with Feel the Rhythm. He also claims to have given the genre its name, when he jokingly shouted to a female dance fan, “Hey Streggae, come make we reggae”! reggae referring to dancing and Streggae to a so-called ‘regular’ woman at dances. Meanwhile, at the Harry J studio along Roosevelt Avenue, The Beltones were laying a pillar with No More Heartaches.

Bob Marley and the Wailers’ Trench Town Rock in 1970 (charted 1971) was another important pillar in establishing the reggae genre. In the recording, the group proclaimed that:

“One good thing about music,

when it hits you, you feel no pain.

Hit me with music, this is Trench Town rock.”

Perhaps the earliest of the recordings with a true reggae feel was Nanny Goat, out of Studio 1. Containing a Jackie Mitto-crafted shuffling organ throughout the song, one source characterised it as “the guitar on the delay, meshed with an organ shuffle”.

The godfather of reggae, Alton Ellis, had two stunning pieces with Can I Change My Mind and Breaking Up, while Dennis Brown debuted with his first reggae hit, No Man Is An Island, in 1969. The Heptones’ I Shall Be Released and Ken Parker’s My Whole World Is Falling Down were two of the most popular recordings of that period.

In later years Peter Tosh, Bunny Wailer, Gregory Isaacs, Bob Marley with eight classic 1970s albums; Jimmy Cliff and the 1971 movie, The Harder They Come, and Toots and the Maytals helped to push Jamaica’s reggae music to even greater heights.