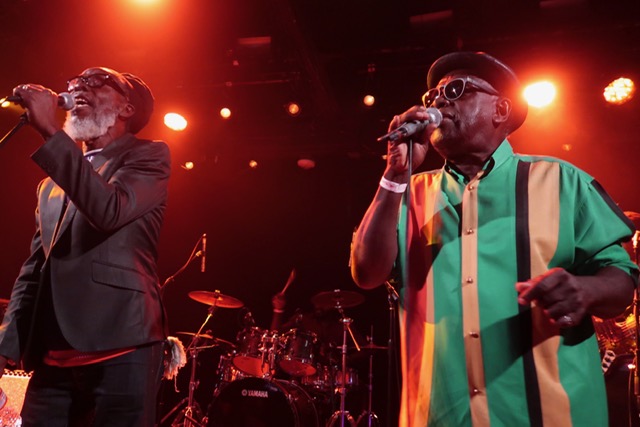 Reggae ambassadors the Mighty Diamonds were nominated in 1982 at the 25th annual Grammy Awards in the category Best Ethnic or Traditional Folk Recording, for their album Reggae Sunsplash ‘81, A Tribute To Bob Marley, but in an incredible twist, the group didn’t find out about it until decades later.

In an interview with The Gleaner, Judge Diamond made the admission when asked about the title of the album. “I don’t even quite remember,” Judge said, laughing it off. “The truth is that we didn’t even know that we were nominated. Is Gussie [Clarke, producer, Anchor Records] tell me long after, like up in the [year] 2000. When we were nominated in the 80s, it wasn’t like now when everybody want to know who get nominated. But imagine, we were going on tour all those years, and didn’t even use the Grammy-nominated title,” Judge said without any trace of regret. 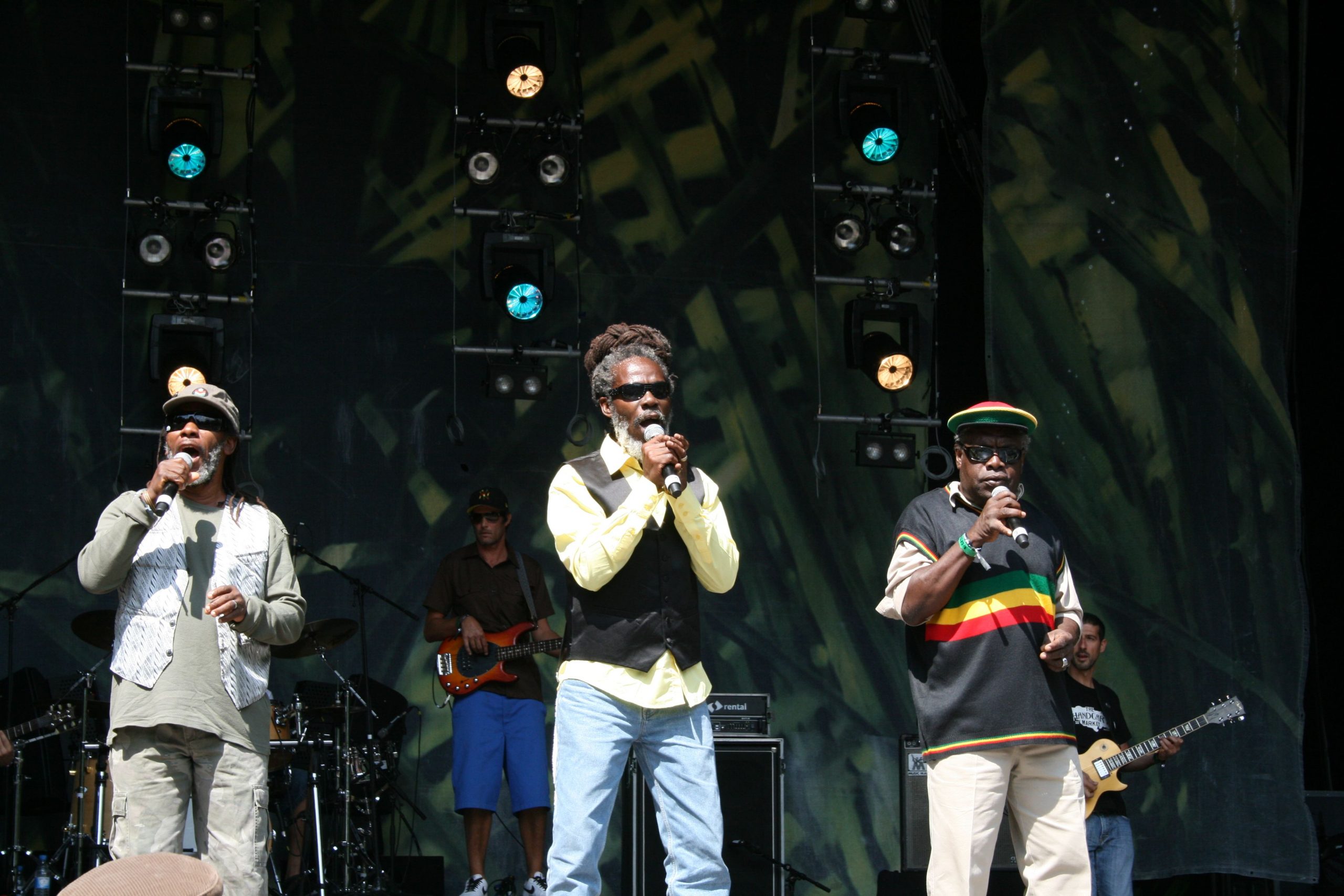 The Mighty Diamonds, comprising Lloyd ‘Judge’ Ferguson, Fitzroy ‘Bunny’ Simpson and Donald ‘Tabby’ Shaw has given such reggae anthems as Pass the Kutchie, Have Mercy, Right Time, Master Plan, Tamarind Farm and I Need a Roof, The group reached a milestone 50 years in the music business in 2019 and had great plans to celebrate into 2020, kicking off that year with a concert at the Rastafari Indigenous Village in Montego Bay in January, part of a series produced by Masani Productions. And then came COVID.

But the group, which now includes Joseph ‘Capo Diamond’ Beniah, is ready to get going again with a virtual concert scheduled for June 11, on Rastafest TV and their website, Real Mighty Diamonds.

“We are all ready for Friday, it is going to be great and we expect people to turn out and come enjoy some Mighty Diamonds music virtually,” a pleased Judge Diamond told The Gleaner.

The singer said he never had any idea when the group started out in 1969 that 50 years later, they would still be standing strong, but he is grateful for the journey and the opportunity to educate the younger generation. “I never imagined that, but it happen so we just have to go with it. During that time, we have released more than 46 album, lots of 45s, 7-inch and 12-inch singles and worked with labels including Channel 1, Music Works and Penthouse Records,” he shared. 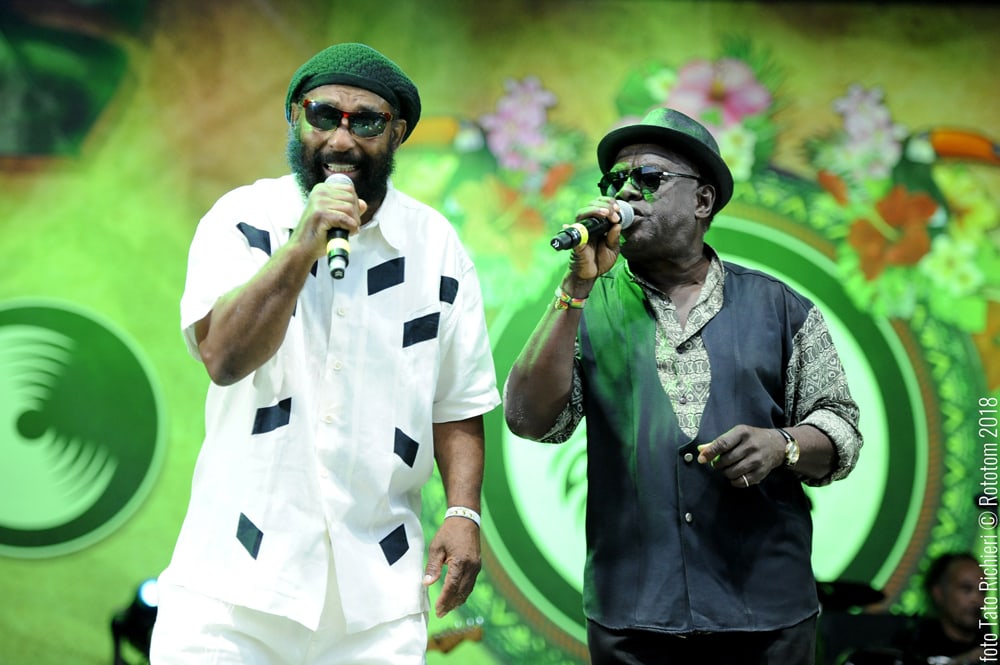 He reminisced about one of the group’s most popular songs, Pass the Kutchie. “We didn’t do it for a full record, at first. Gussie wanted a dub for dancehall and we used an instrumental called Full Up and put one sentence on it. All it said was ‘pass the kutchie pon the left-hand side, it a go bun’. Bunny Diamond wrote that, but afterwards I suggested that we do a full song. So, Gussie gave me a cassette with the riddim and I went home and wrote the verses. Gussie released it in 1982.”

And, the rest, as they say, is history. Pass the Kutchie has been sampled by many artistes, including the group Musical Youth, Lauryn Hill, Michael Franti and Wyclef Jean, and was even used in the Scooby Doo movie. British group, Musical Youth, renamed it Pass the Dutchie and sold five million copies. In April 2012, Pass the Kutchie appeared on Billboard.com’s 20 Smokin’ Songs about Weed list.

“They [Musical Youth] were school youth at the time, so they didn’t want to sing about kutchie. It was a mega hit for them and entered the British chart at 16 and then went to number one. Kutchie stayed on the Jamaican chart for 52 weeks,” the veteran singer said. 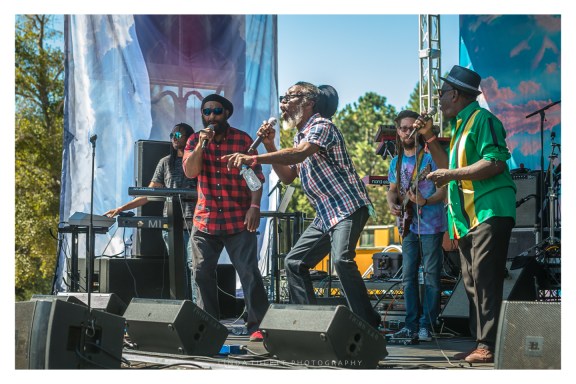 Proud as he is about the impact of Pass the Kutchie, Judge Diamond pointed out that intertwined with the success is the woeful tale of unpaid royalties and publishing, as well as the rapacious nature of some persons in the music business globally. He explained that the publishing should have been shared 50/50 between his group and the musicians who did the Full Up rhythm. But lawyers and persons from overseas got involved and eventually the Mighty Diamonds signed their publishing with a company out of France that advanced them US$17,000. That was the last time they heard from that company.

“The pirates dem a give us problems left, right and centre, and we are trying to weed them out. We are now getting in touch with all who have been exploiting our name over the years,” Judge Diamond stated.

According to him, one of the problems was ignorance of the music business. But, armed with knowledge, the group is now completing their first album in many years, and they are integral in the entire process. As yet unnamed, the 12-track album is set for a summer release. The first single, Nutten Nah Gwaan, is already out.

“We always have songs that are ahead of our times. Nutten Nah Gwaan was written long before the pandemic, but it is appropriate for these times. More than ever, when yuh ask a person ‘how tings?’and the answer is the same, ‘Nutten nah gwaan’. We hope that this album will be favourably received,” Judge stated. 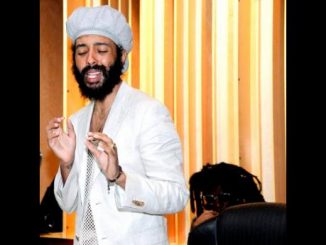 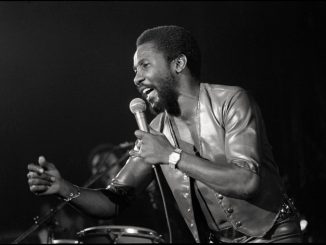 Toots And The Maytals: Seven Most Iconic Tunes, That Can’t Be Forgotten 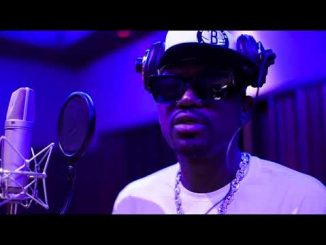