Real fans of dancehall artiste Popcaan will know that he and his mom, popularly known as Miss Rhona, have a pretty tight relationship.  They have many videos together where their close-knit relationship is on display but there is one source of contention between the pair and that’s Miss Rhona’s love of and dedication to Christianity and Popcaan’s blasé attitude towards the religion.

However, one thing is for sure, Popcaan, whose real name is Andre Sutherland, supports his mother, who is a preacher. He showed how deep his love runs for her by attending an Easter Sunday church service, yesterday (April 12th) in which she was leading the prayers.

He posted two videos of his mom preaching to his Instagram account, which has already amassed over 85, 000 likes. He captioned it: “@unruly_squid fwd nuh

burn away sunday is a must

Unruly Squid is Popcaan’s sister, Annalecia Sutherland and he jokingly asks her to come by.

In the video Miss Rhona can be heard delivering fervent prayers about the rising of Christ as an under-dressed Popcaan sits and listens in the almost empty church. 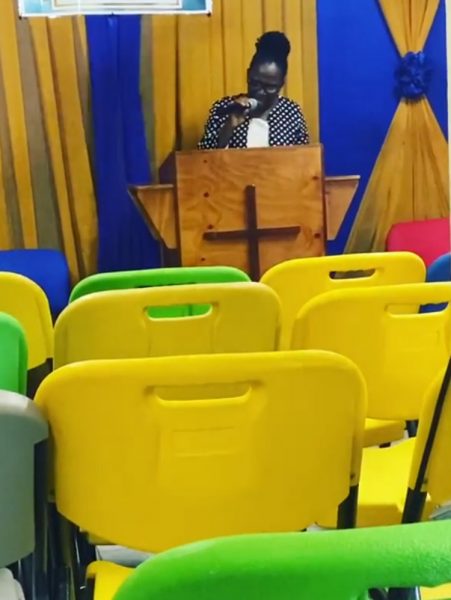 Under Jamaica’s Disaster Risk Management (Enforcement Measures) (No 2) Order 2020 to combat COVID-19,  no more than 10 people are permitted to gather in a given area.  Churches like Miss Rhona’s have been supportive of the Jamaican Government’s public safety measures during the pandemic.

Popcaan has always teased his mother about her beliefs. The most recent incident of this was in March when he posted a video again to his Instagram account, while he was combing his mother’s hair.  In the video, Popcaan’s mother proclaims that the coming of the Lord is near and Popcaan uses the opportunity to poke fun at her and asks, ‘why?’ before he breaks out laughing.

One of his friends chimes in and asks: “How Jesus a fada on earth and neva have no girlfriend?” to which Miss Rhona fires back saying: “the blood of Jesus against that talk now, you talking about the holy God huh?” What really peaks her anger is when her son jumps in the fray and says: “Di man ask yuh a question, answer di man, you ah teach we todeh…. Wha bout him gyal, we a talk bout him oman, weh him oman?”

She gets so upset at Popcaan’s comment that she orders him to stop combing her hair and the video ends abruptly. It’s all love and respect between the two of them though. Last year Popcaan took his mother to Jerusalem so that she could see the official tomb of Jesus, proving that even though they share different beliefs he still wants her to be happy.

Not everyone in the family was pleased with Popcaan’s effort to go to church as his sister Unruly Squid, jokingly complained that she was not informed. She commented on his video, saying: “Pops me cyah believe!!! u not even fi say squid me a touch road Humbre .”

There’s no doubt that this is not the end of the playful tug-of-war between the two but probably a sign of compromise on the issue of Christianity for now. 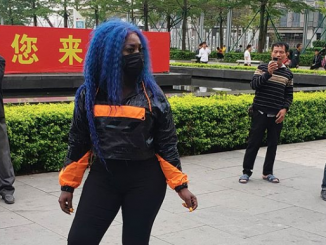 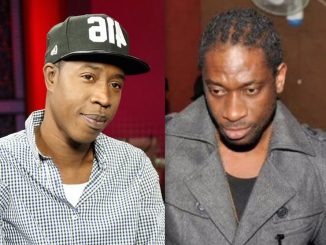 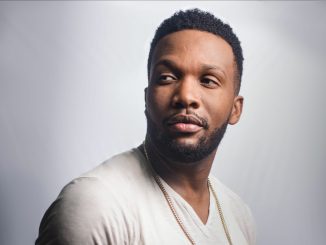