While some may say any press is good press, this hasn’t been the case for dancehall artiste Elephant Man lately. The entertainer is now picking up the pieces of his latest scandal, i.e. violating the Immigration Restriction Act, section 8 ext. 5, which require persons entering the island to truthfully declare their travel history to an immigration officer.

After landing at the Sangster’s International Airport on Tuesday March 17th from Brussels, not only did Elephant neglect to properly complete his immigration form but also lied to the airport official when asked which countries he had visited during his 6 week European tour.

When word got out, a whirlwind of criticism was hurled towards the Energy God from fans, the press, fellow entertainers like Mr. Vegas and Jamaica at large, ultimately forcing the deejay to issue a public apology. Two days after his return, Government officials placed the deejay in home quarantine but that wasn’t where it ended.

Some time after he was taken to a government mandated quarantine facility to expend the rest of the prescribed 14-day incubation period. He was later charged by the Counter Terrorism and Organized Crime (CTOC) Investigators and is scheduled to appear in court on April 15th.

The time is finally here and the Nuh Linga deejay is finally home after completing quarantine. He posted the update on his Instagram page today, uploading a selfie with the caption – Elephantmanjamaica: Yes father god up an thank full just want to say 14 days of qurantine and am feeling great but to every one out there be safe this Coronavirus a no joke so everyone listen to the authorities stay home less contact take care of the family and stay bless it’s for your own safety.

An hour later he posted another video clip of him self presumably washing off what appears to be the driveway of his hillside home in Kingston, with a similar phrased caption. Looks like he’s catching up on some much-needed chores, after all he had been a way travelling for some time prior to being in quarantine.

Residents of Jamaica remain to be under a strict curfew time line from 8pm to 6am (local time). The Jamaican government has implemented a seven-day curfew from Wednesday, April 1, until Wednesday, April 8. The nighttime curfew was put in place in efforts to control the spread of coronavirus (COVID-19). Only workers in essential services are exempt from the curfew but will be required to provide a photo ID to prove their employment. 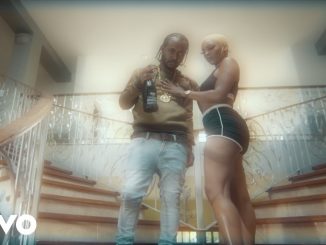 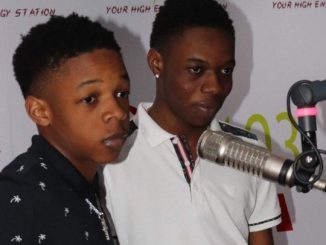 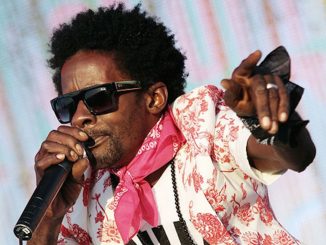 Dancehall Artist Gully Bop Has Been Hospitalized With Mysterious Illness