As the COVID-19 crisis carries on, entertainers keep coming up with clever ways to keep engaged, despite having to keep their distance. So while online concerts and parties abound, perhaps it was only a matter of time before there came an online sound clash. And here it is.

Tomorrow, two sound systems will be pitted against each other in a sound clash available for the world to witness, live on YouTube.

Walshy was inspired by DJ D-Nice’s mega-online party, who pulled over 100,000 viewers to his Instagram Live dance party last weekend, including A-list personalities like Michelle Obama, Oprah and Joe Biden.

“When I started to watch that, I got super inspired. I think the most you see dancehall people getting is a couple thousand,” he told The Gleaner.

With the world stuck at home, it’s possible for those stats to change, at least for the moment, and certainly for the better. Last Sunday night, Forever Entertainment executed the virtually successful third staging of Big Online Par. Featuring young DJs Wylyphe and Kashmatic, the online party pulled 31,000 unique listeners across 30 countries. Those listeners managed to get the party hashtags in the second and third posts on Twitter’s worldwide trends list.

“We’re moving forward with something that could be historic. It’s a fun clash, clean clash, not just dubplates and not just dancehall,” Walshy said. While aiming for such a feat, there is also the opportunity to educate the world about sound clashes, and what they’re really about. “I think for the SoundCloud crowd and people that are interested in finding out what a sound clash is, this might be the perfect way,” he added.

In addition to D-Nice’s Instagram Live party, Walshy was also motivated to develop Quarantine Clash because the sound men and selectors were getting antsy in the group chats. “I’m in a lot of the dancehall and sound man group chats, Facebook groups and things like that. And I started to see all of the sound man dem were getting antsy. They’re just clashing in every group chat, in every Facebook group, just dropping dubs – to the point where even I started dropping dubs,” he shared.

With all the upcoming clashes cancelled, Walshy got to thinking about how to scratch their itch to clash. “Me start think to miself, we could keep an online clash. We have the tools. There are a couple streaming services and we’ve been doing checks every day for the past week. We just ah go do it!”

Though Walshy is still working out which sounds will compete this weekend, he has already ironed out some interesting details.

Quarantine Clash is scheduled to be one and a half hours long. The first round is the juggling round, and will be 20 minutes long. “We call that round Juggle Dutty. No slow riddims, nothing like that. Everything has to be uptempo. Energy Round,” he explained. 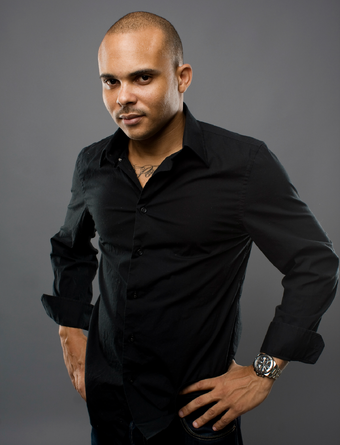 For the second 10 minutes, the teams will either choose a genre to battle with or have one chosen for them. “We’re not sure which way we wanna go yet, but we just make the two of them war it out. Most likely, we’ll do something like old-school hip-hop,” he suggested. Spice Hits Back At DHQ Tall Up, Shows Receipts