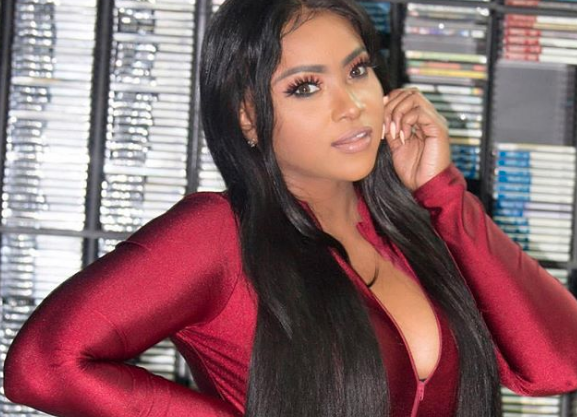 Yanique Curvy Diva is issuing a warning to Dancehall fans after she got ill earlier this week.

The media vixen-turn-recording artiste had been vomiting and also had a serious case of diarrhoea due to gastroenteritis. The “Lifestyle” singer said she got sick after buying a box food in the streets of Kingston.

The nation’s capital has been experiencing some water issues due to the current road work which as a result many homes and businesses are surviving without clean running water.

,” Yanique told fans. “I felt for some street food a few days ago totally forgetting that because of the road work not everywhere in Kingston have water/clean water

but guys be careful 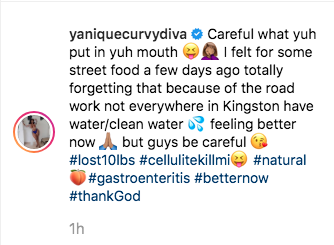 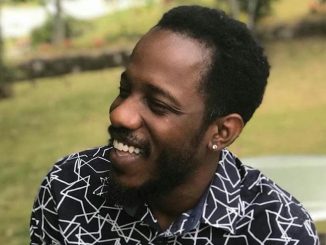 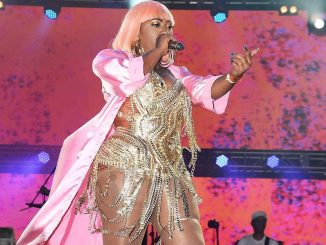 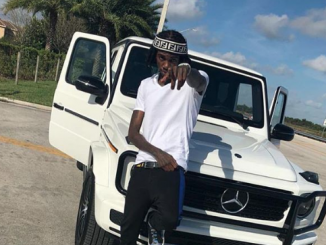