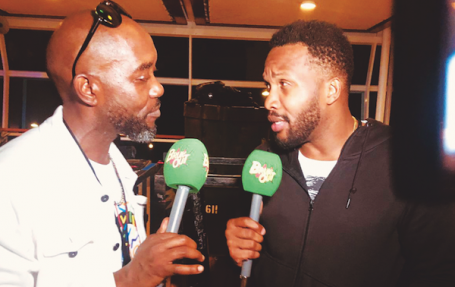 LAST WEEK, I wrote my piece whilst sailing in the sunny Caribbean waters on the Welcome to Jamrock Reggae cruise. This week, I’m sitting on my sofa in the cold UK weather with a migraine recalling the five days of good vibes, Reggae and Dancehall. In the words of Gregory Issacs. “Oh What A Feeling”.

This Festival on sea is not just about watching the stage shows at night – this is a full on up close and personal experience. At any moment on the ship you can walk into your favorite artist, who are always open for a quick selfie.

Night two’s entertainment began with Queen Ifrica setting the tone for the night. Next up onstage was Agent Sasco, who delivered a well controlled performance. The narrative he put behind songs like “Banks Of The Hope” painted a picture of how he grew from Assassin to the Agent.

Waiting in the wings was Konshens who was next up ready to deliver an energy packed set that had the Jamrock cruisers Ah Bubble and brukking off backs. When we spoke after his performance he felt that he had delivered to his fans.

But the second night has to go to Tarrus Riley. “Singy Singy” is a regular face on this boat and is the originator of the talk “If you snooze you lose, welcome to the jamrock reggae cruise”. He knows how to wake up the crowd and after waiting for what seemed to be an hour, he came, he saw and nearly sunk the ship.

The night closed off with the infamous street parties! These parties is where you see all the sounds and DJs lining up to work as a team for the cruisers enjoyment. 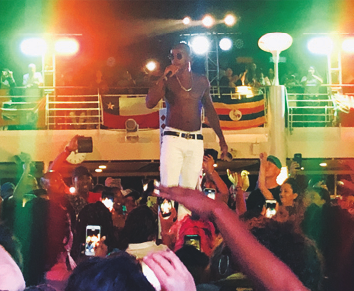 The third day saw us reach land. Jamaica Jamaica. First stop – Ocho Rios. I had to hit the beach to top up the melanin. It was history in the making as the entire Marley clan were due to perform together.

Ziggy, Kymani, Stephen, Juju and Damian all on one stage with Jamaica in the background was mystical. Their set was faultless and held everyone on the ship captive. This was something special, even Damian made mention of that very moment we were witnessing.

That was just the start of the nights entertainment as Jah Cure quickly followed thrilling his die-hard female following. After his performance, we spoke about the hard year he has had with sections of his fans. We both agreed that it’s obvious that the love is still there.

Closing off night three of performance was a cross, angry and miserable Bounty Killer. Bounty made it clear from his entrance this was not a joke ting. At one point it seemed like the sound engineer got the wrath of the killer. I can’t lie though, this is always the best of Bounty Killer. Especially when he disses someone with a rhyme.

This was the night I started struggling for sleep. However, I pushed into the early morning to watch King Jammy with Pinchers, Admiral Bailey, Pad Anthony, Johnny Osbourne and Bunny General.

As hard as it was due to tiredness it was an incredible set to watch, especially when Cham jumped up to mix down the riddim for Pinchers. 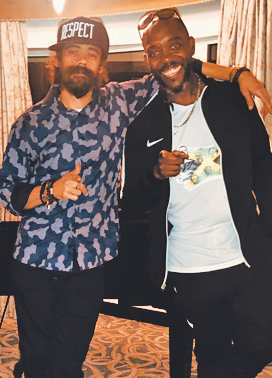 Damian Marley and Seani B

The penultimate night belonged to dancehall with Shenseea hitting the stage rst. She
was a little nervous, but I reas- sured her – “They will love you” – and they did. Dancehall night was still in its early stages and it was already a hot Caribbean night. Aidonia added to this with his electric performance, blazing through his hits over the last decade. When it was time for his smash Yeah Yeah Yeah he decided to join the crowd, to their delight.

Unfortunately, due to his mother’s passing, Elephant Man was unable to close the night. But this responsibility was passed to Vegas, and he left no stone unturned. He was a worthy replacement.

The big hitters kept coming. The soundclash at sea was next and nally Tony Matterhorn was able to win it. His arch rivals Mighty Crown were not taking part but the line-up was not a walk over as Renaissance, Bass Odyssey and Italians Heavy Hammer made up the quartet.

All sounds put up a great ght, but it was down to Matterhorn and Heavy Hammer at the end. It looked like another one of those nights for Tony, but he crawled back from 4-1 to win 6-4. The final day had come and none of us was ready to go home. But we had no choice as we closed in on the US coast- line. Day five kicked off with a ‘90s dancehall explosion. Spragga Benz, Red Rat, General Degree and Buccaneer took us back to the classics like Shelly Ann, Traf c Blocking and many more.

While sailing back to Florida the weather took a considerable change. It was cold and windy as we got ready for Kabaka Pyramid. The highlight of his set had to be when Damian joined him for Kontraband, the title track of the Marley produced album.

The wind grew stronger but the fans stood steadfast to see Chronixx reel off his multitude of hits. There was something about listening to skanking sweet in the middle of the sea. I had to shoot off mid set to interview Damian but made a quick return for the nal set of Sly and Robbie with Mykal Rose. There was no way I was missing the nal performance of Jamrock 2018.

“Can this festival get any better?” is the question I ask as I disembark every year. Somehow it does! Roll on 2019…

Source: Seani B: The Jamrock Cruise is a must for music lovers | The Voice Online 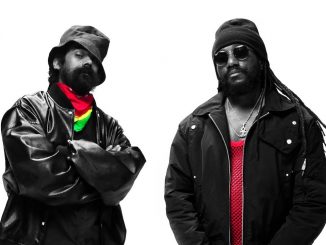 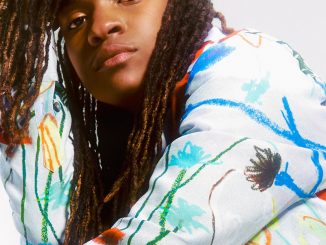 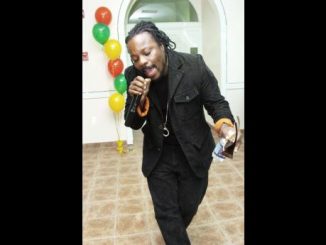