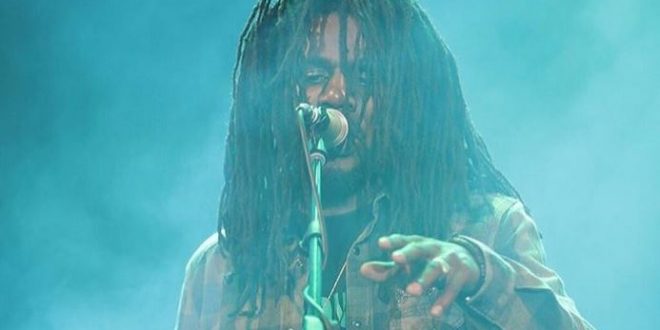 While many have different views about who should have won the Last Regggae Grammy awards, resulting in a public online on going debate! CHronixx who was one of the highly favoured nominees seeks to put some arguments to rest. Stating that Damian is his superior, “Watch what you say about the GONG! We couldn’t have a Chronixx without a Damian Marley.” chronixx said.

Chronixx posted the caption with one of Damian “Junior Gong” Marley’s recent performances to tens of thousands of people, justifying the fact that Damian’s music in general reaches a wider mass.

On the other hand chronixx was reported as throwing shades at the grammy’s with a Vybz kartel pic, the post is not present on his IG. Might have deleted it, if it was real, see screenshot below!. 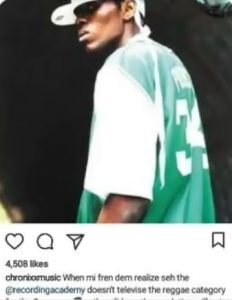 This is Damian’s third Grammy, he previously won Grammy Best Reggae Album trophies for Half Way Tree and Welcome to Jamrock.

The first reggae Grammy was warded back in 1985 to Black Uhuru for “Anthem”, other nominees back then includes:
Jimmy Cliff – “Reggae Nights”
Steel Pulse – “Steppin’ Out”
Peter Tosh – Captured Live
Yellowman – King Yellowman 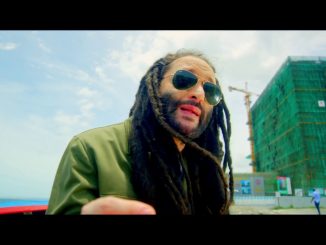 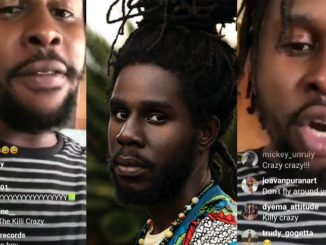 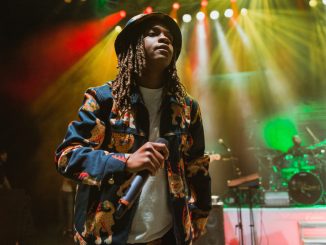