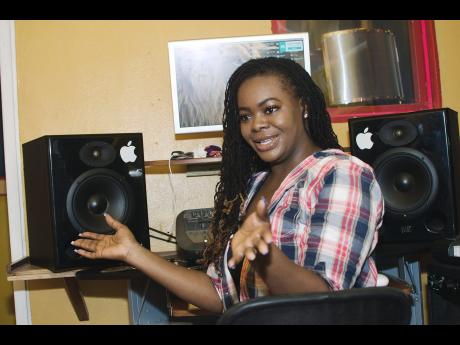 In a bid to distinguish between Ninja Man’s onstage persona and the philanthropic Desmond Ballentyne, Stacious pointed out that the entertainer loves to play Candy Crush, trying to establish her ‘he’s not what he seems’ argument.

Her comparison did not sit well with some social media users who labelled her argument as nonsensical. They could not understand the point Stacious was trying to make.

However, in an interview with THE WEEKEND STAR, Stacious clapped back, pointing out that anyone who could understand the point that she was trying to make lacks basic comprehension skills.

“I don’t know what all the fuss is about. I really don’t, because I think the tweet was self explanatory and I must have been making a point when I mentioned Candy Crush,” she said. “People just like to jump to conclusions and they always have something to say.”

Stacious said the point she was trying to make was that ‘Ninja Man’ is an onstage persona and that that person does not reflect Desmond Ballentyne.

“He’s more than just his stage persona, and Desmond enjoys the things people would think he wouldn’t when they hear of Ninja Man,” she said.

Stacious said that she stands by her testimony as she believes she painted a good picture of the person the entertainer is in real life.

“He’s not what people expect, and my purpose as a character witness was to point that out, and I think I did that well,” she explained. “I was not called to speak about the incident. My purpose was to speak about the person that Desmond Ballentyne is. So people saying what I said made no sense are people who can read but cannot comprehend.”

Stacious and Dancehall Queen Carlene were among those who testified as character witnesses for Ninja Man at his sentencing on Monday.

They tried to paint the entertainer in a positive light after he was convicted of murder late last month.

It was believed that their testimonies could have contributed to a lighter sentence as the entertainer’s philanthropic side was brought up in court.

However, it seemed that their testimonies were not sufficient as he was given life in prison with the possibility of parole after 25 years. 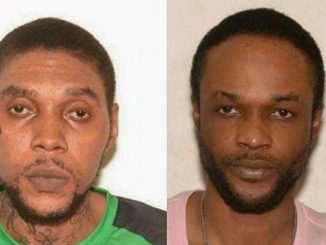 Vybz Kartel Wants Out Of Prison By Christmas, What’s Taking The Court So Long? 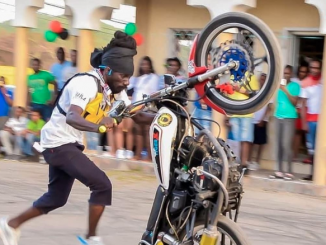