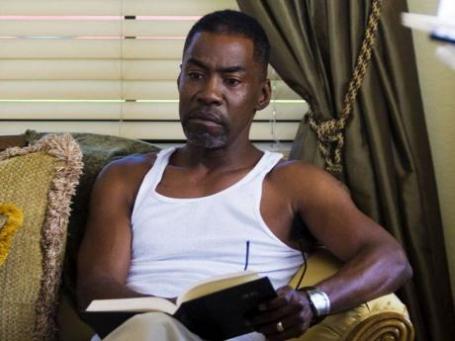 The incident happened while the actor was at his Florida residence, just a week before the passage of Hurricane Irma.

Campbell, in an interview with The Sunday Gleaner, expressed gratitude for the gift of life, as he described his experience as a close call with death.

“I was very lucky,” he told The Sunday Gleaner, as he recounted the events of that day. “I was at home and I started feeling the effect of what I now know was a heart attack., the tightening of the chest, cold sweat and the next thing I know, my body was shutting down.”

The internationally acclaimed actor said that he was home alone when he started feeling strange and decided to call 911, a move he believes saved his life.

“I felt my entire body just shutting down. My breathing became laboured, stuff around me became dark, and I knew it was serious, so I figured 911 would be the best move,” he said. “When I came to, 911 was there, and I was literally rushed to the hospital. I was there (in the hospital) for several days.”

The entertainer said that he was told by the team at Florida Medical that the heart attack was caused by a number of reasons, including smoking, a habit he has since kicked to the curb.

“That decision (to quit smoking) was made before the heart attack, but I was a little hesitant. After the heart attack, I had a couple packets of cigarettes in the event of… you know… the long days, long nights from the storm, and I quickly gave them away,” he said, pointing out that giving up smoking following the incident was one of the easiest decisions of his life.

“When you know it’s either that or your life, there really isn’t much to it. Why after knowing all that I now know would I want to smoke again?”

Campbell says that as a result of the heart attack, he now has a stent in his heart that helps to clear the passage to the organ so that blood can flow more easily there. He doesn’t know how long he may need the stent but is happy there was something that could be done in time to keep him going.

Speaking of keeping things going, Campbell, who is part of the speaking committee at several universities in Connecticut, told The Sunday Gleaner, that he has a few engagements lined up for October that he plans to stay committed to. He says that he refuses to be the man that gives up on life, especially when he has been granted the opportunity to keep pushing.

“The doctors have instructed me to take my medication and relax as much as I possibly can, at least for the first 30 days. After that, it is dependent on you. Do you change? Do you become the guy who doesn’t be himself anymore?” he questioned. “I am on top of the world now. I have my speaking engagements in Connecticut at different universities from October 2 to 7.”

Just before the heart attack, Campbell completed a film with NFL star Lawrence Taylor. Campbell stars alongside Taylor in the film called, Storm Cell, in which he plays a prisoner.

“I am a ‘God-blessed pickney’, innu. It’s gonna take a lot to take me out of here,” he said, chuckling. “It’s business as usual with a more learned outlook. I’m still doing the thing- a couple stuff lined up for the rest of the year. The heart attack was a wake-up call. When you got things to do like I have, there is a reason why the Creator wants you around.”