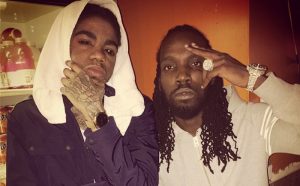 The much celebrated and internationally renowned Jamaican reggae dancehall star, Movado is due in the Smiling Coast on 11 May, 2017, ahead of his first ever live musical concert in this part of Africa.

Movado, is to perform live with his band at the Independence Stadium in Bakau on May 13th 2017. Supporting acts will constitute artistes from Jamaica, England and The Gambia including The Gambia’s most celebrated reggae-dancehall stars, Silky Criss, Mighty, Maha D Hammer, Joe, A2, MykJayda among others.

The event, courtesy of Viva Entertainment powered by Big O Entertainments, is highly anticipated by the enormous fans of Movado, who are yearning to see him live on stage in their soil.

At a recent press briefing held recently, Aisha Touray, the Chief Executive Officer of Viva Entertainment, described the coming of Movado also known as the Gully Gad, as a dream come true, as many efforts in the past to airlift the world celebrated star proves futile.

She spoke about her plans to support the country entertainment scene, saying she wants to contribute by establishing a record label for young upcoming artistes.

“Already, we sold over 20,000 tickets and the event is expected to be another shutdown concert. Movado is really coming to make history. Really, Movado is excited to perform in The Gambia”.

Born David Constantine Brooks, widely known by his stage name, Mavado, is a Jamaican deejay, singer and songwriter, signed to We the Best Music Group and Cash Money Records.

He was raised in Kingston, Jamaica’s Cassava Piece community. His grandmother gave him his first musical experience at a young age, bringing him to church to sing.

He cites the music of Bounty Killer as an early influence. The boyhood idol became his mentor when at the age of 15, Bounty took him under his wing to show him the ropes of the music industry and introduced him to his manager, dancehall music business legend Julian Jones-Griffith, who would go on to manage Mavado’s illustrious career. He decided to name himself “Mavado” after the Swiss watch company Movado, with his manager altering the spelling.

His debut single, “Real McKoy” on the Anger Management riddim in 2004, provided him instant success. He further established himself with the follow-up record “Weh Dem a Do”, on the Red Bull & Guinness riddim, that had the distinction of hitting Billboard. After a string of hits in 2005 and 2006, Mavado released the album Gangsta for Life: The Symphony of David Brooks 10 July 2007 on VP Records. “Weh Dem A Do” and “Dying”, two singles from the album, were featured heavily on R&B/hip-hop radio in the US and around the world.

That same year brought Mavado off-stage controversy, as he was unlawfully detained by Jamaican police. While in police custody, the singer claims he was thrown through a glass window, slicing three fingers in the process, which were sewn up at a local hospital. Police claimed Mavado escaped from custody, even though they let him walk out of the police station and go to the hospital with his manager. He was later arrested and charged with shooting with intent and illegal possession of firearm in relation to an event occurring 27 July 2007. He was later freed of all charges. 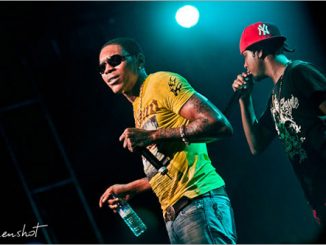 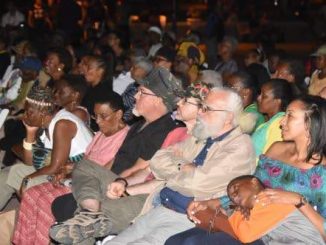 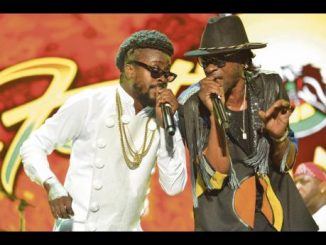